Wess 'Warmdaddy' Anderson is a Classic Swing Stylist with a big sound and an irresistible charm - when combined they connect audiences with hard swinging Jazz and the extraordinary man who delivers it.

Before entering Southern University, where he studied with clarinetist Alvin Batiste, Anderson met Wynton and Branford Marsalis. In 1988, he became a member of Wynton Marsalis’ Septet, with which he toured and recorded for twenty years, and was also a member of the Lincoln Center Jazz Orchestra since it began touring in 1992 until 2006.

Anderson is a frequent participant in Jazz at Lincoln Center educational events such as a judicator for the Essentially Ellington Competition for High School Bands across the nation.  In addition, he served on the faculties of the Juilliard Institute for Jazz Studies and Michigan State University College of Music as an associate professor of jazz studies and saxophone. Most recently, Assistant Professor Anderson is a Jazz Saxophone instructor at Loyola University, New Orleans.  Wess is active on the global jazz scene as a full time performer, leader of his own quartet “Wess Warmdaddy Anderson Quartet. This quartet includes: Mark Rapp (trumpet), David Ellington (organ) and Chris Burroughs (drums)

In addition to higher academic education and performing, Wess Anderson is a Jazz Music contractor for the JK Haynes Charter Schools in Baton Rouge, LA.  This special curriculum designed to enhance Jazz History and Ensemble Program is directed and produced by Mr. Anderson as an answer to the “take the arts out of schools?” question.  Wess Anderson’s purpose in life is to fill the void with Jazz Music to students of all ages from one to one hundred years old. 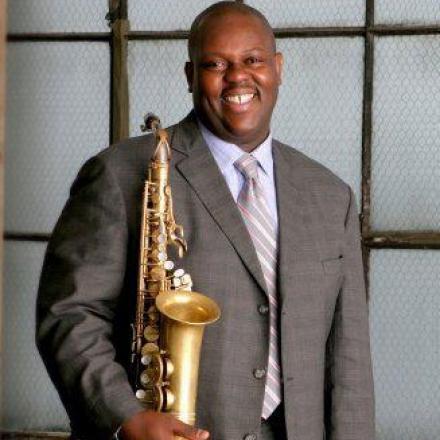