Professor of the Practice in Voice

Dramatic tenor Tyler Smith has appeared in numerous operatic and concert performances throughout the United States, Europe, and South America. Most recently he was seen as Rodolfo in La bohéme for Louisiana Opera in Monroe. For his performance as Eléazar in a highlights concert of La Juive, he won The Big Easy Award in New Orleans for Best Community Opera in 2013. Other recent roles include Canio for New Orleans Opera and The Southern Opera & Musical Theatre’s productions of I Pagliacci as well as Maxwell in Pensacola Opera’s world premiere of The Widow’s Lantern. For his debut as Canio with New Orleans Opera, Mr. Smith stepped in with six hours notice for an ailing colleague. Opera News deemed his performance a “heroic job…[a] powerful voice and was remarkably in touch with the drama.” For Des Moines Metro Opera, he has covered the roles of Max in Der Freischütz, Cavaradossi in Tosca, Otello in Otello and Riccardo in The Masked Ball. Other roles performed include Don Jose in Carmen, Rodolfo in La Bohème, Max in Der Freischütz, Boris in Katya Kabanova, the title role in Offenbach’s ; Tales of Hoffmann, and Belfiore in Argento’s Casanovas Homecoming (released on the Newport Classics label). In 2001 he made his Houston Grand Opera Debut as Carlson in Carlisle Floyd’s Of Mice and Men(released on the Albany label)

Future engagements include a concert of Verdi and Wagner works with the Idaho Falls Symphony and Der Vampyr with New Orleans Opera. In September he will be performing the roles of Siegmund and Siegfried in Opera Louisiane’s production of The Ring: a two-hour reduction created by Michael Borowitz. In November 2017, he assisted in the production of and performing in a Loyola Bicentennial Celebration of Verdi and Wagner with famed bass-baritones Alfred Walker and Greer Grimsley. Mr. Smith has received degrees from Southeastern Louisiana University, the University of North Carolina at Greensboro, and his Doctorate from the University of Houston. He is currently a full-time faculty Instructor of Voice and Vocal Pedagogy at Loyola University in New Orleans. 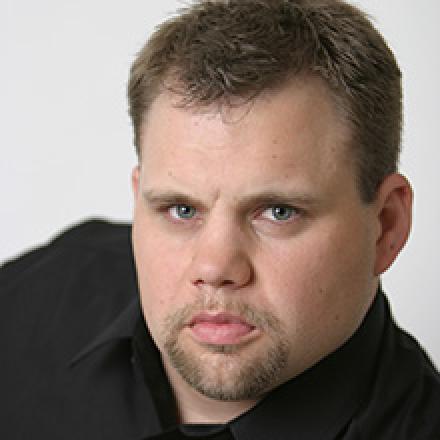