A New Orleans native, Volz has enjoyed a broad and diverse career as a performer and educator, performing throughout the world in a variety of musical contexts. As an active freelance musician, he performs regularly with a variety of groups, including the Louisiana Philharmonic Orchestra, Delfeayo Marsalis, and John Mahoney Big Band. He had the pleasure of touring extensively with the New Orleans-based original music group Johnny Sketch and the Dirty Notes, and his performing and composing can be heard on their first four albums. He also spent several years performing and travelling with commercial groups, including Vivaz Latin band and electronic funk group Afroskull. Volz has worked professionally with a host of other artists, including Columbus Symphony, Indianapolis Symphony, Chicago Baroque Ensemble, Branford Marsalis, Nicholas Payton, Brice Winston, John Ellis, Harry Connick Junior and many others.

Dr. Volz is a passionate educator who enjoys working with and performing with students. He has been a clinician in trumpet studios and band rooms throughout the US and abroad, as well as a guest conductor for honor bands and honor jazz bands. Former Loyola students are thriving in their careers, performing in orchestras, military bands, jazz groups and commercial ensembles, as well as leading successful careers as music therapists, educators, and industry professionals. Loyola students have won competitions for both the International Trumpet Guild and National Trumpet Competition, and Volz has enjoyed bringing his student ensembles to perform at the various ITG, NTC, and JEN conferences.

His radio and recording credits include working with a variety commercial artists, such as Dr. John, Barry Manilow, Johnny Mathis, Frank Sinatra Junior, Run DMC, Sugar Ray, and Allen Toussaint. He has recently enjoyed collaborating from a distance with artists around the world on different recording projects.

Volz considers himself a life-long student of the art, but he received his Doctorate in Brass Pedagogy and Literature from Indiana University, where he studied trumpet with Edmund Cord, John Rommel, and Joey Tartell. He received doctoral minors in Music Theory and Jazz Studies, and he was blessed to work with jazz mentors David Baker and Pat Harbison.

His previous faculty appointments include Southeastern Louisiana University, where he also earned his Master’s degree in Music Performance, studied with Brian DePoy, taught trumpet lessons, performed in the Faculty Brass Quintet. His Bachelor's degree in Music Education from Loyola University enabled him to study trumpet with Michael Bucalo and jazz with Clyde Kerr, Michael Pellera, Rex Richardson, and John Mahoney. He is grateful to have had additional study with Bill Adam, Barbara Butler, Ellis Marsalis, and Anthony Plog. When not performing or teaching, he enjoys adventures with his wife and two children. 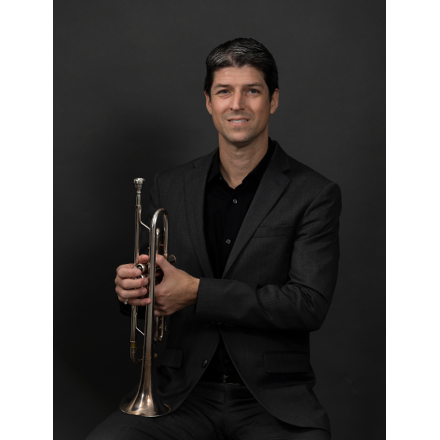