Mollie Pate has served as the principal hornist of the Louisiana Philharmonic since 1996 and has been a Faculty member of Loyola University since 2007. She received her Bachelor's degree in Music Performance in 1993 from Lamar University, Beaumont, TX and her Master's and Graduate Diploma degrees from the New England Conservatory of Music in 1995, 1996, where she studied with Jay Wadenpfuhl, third horn, Boston Symphony Orchestra.

Mollie's musical career has taken her all over the country and much of Europe. She has performed with the Los Angeles Philharmonic, Houston Grand Opera, Phoenix Symphony, Nashville Symphony, and Pacific Symphony, where she joined them on their European Tour to Germany, Austria and Switzerland. She has been the lead studio horn player in Nashville, and has also done some recording in the Los Angeles area. Ms. Pate frequently tours with the Burning River Brass based out of Cleveland, OH. This group is one of the premier brass ensembles in the country and has been featured on many concert series, including one at the Metropolitan Museum of Art.

Currently, she is the guest Principal hornist with the Mobile Symphony Orchestra. Mollie held the principal horn position with the Pageant of the Masters, Festival of the Arts Orchestra in Laguna Beach, CA for 11 years and resigned to open her gym, CrossFit Nola in 2010. She has participated in numerous other festivals including the Tanglewood Institute, National Repertory Orchestra, and the Spoleto Music Festivals in both Charleston, SC, and Spoleto, Italy.

One of her passions other than teaching and performing, is competing. In September 2009, Ms. Pate placed 12th at the Sprint Triathlon World Championships in Australia. Most recently in April 2017, she placed 31st Worldwide in the Masters 45-49 category in the CrossFit Regional.

Her hobbies include pottery and gardening and taking care of her cats, Remus and Rabbit. 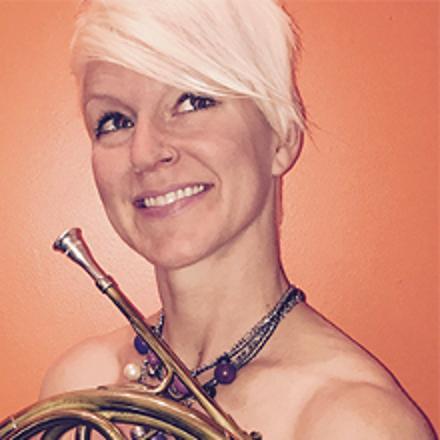