"Virtuosismo" and "technical dominance" are the words used by the press to describe American guitarist, Jay Kacherski.  A native of New York, Kacherski has performed around the world as a soloist and member of the highly praised Texas Guitar Quartet. Kacherski has performed at distinguished festivals and venues such as the Festival International de Guitarra de Taxco,  the Florida Guitar Foundation, the Brevard Music Center, Round Top, the Festival Internacional de Guitarra del Conservatorio Nacional de Música, Mexico City, the New Orleans Opera, and the GHM International Guitar Art Festival in Shenzen, China among others.  He has also collaborated with Grammy-winners and nominees such as the chamber choir Conspirare, Chilean flutist Viviana Guzman, and the Los Angeles Guitar Quartet.

Jay Kacherski spent two years living in Mexico as a Fulbright Scholar and member of the guitar faculty at the Escuela Nacional de Música, the music conservatory for the National University of Mexico (UNAM) researching, performing, and promoting contemporary classical guitar music of Mexico.  His guide and teacher for this work was the world-renowned Mexican guitarist Juan Carlos Laguna.  Kacherski has since premiered and edited many new works from Mexico and has created a complete catalog of Mexican guitar works with links to videos, audio, scores, and more that can be found at www.kacherskiguitar.com.

Jay Kacherski is currently on the guitar faculty at Loyola University, the University of New Orleans, and McNeese State University, and NOCCA, the New Orleans Center for Creative Arts.  He is an Associate Editor for Soundboard Magazine, the director of the Francis G. Bulber Youth Orchestra Guitar Program, the Artistic Director of the Houston Classical Guitar Festival and Competition in Texas and the Loyola Guitar Fest. He holds a Doctorate of Musical Arts Degree from the University of Texas at Austin,  a Master's Degree in Performance and Literature from the Eastman School of Music, and undergraduate degrees Music and Spanish from Florida Southern College where he graduated with honors. 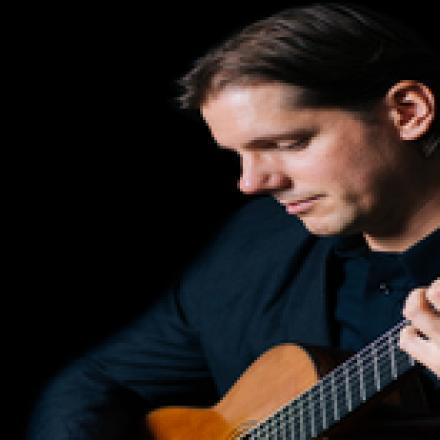