Greek soprano Irini Kyriakidou continues to showcase her "sweet and virtuosic vocal talents" (The Observer) with opera companies and symphony orchestras throughout the United States and Europe. Ms. Kyriakidou studied at the Maria Callas Conservatory of Athens under Marina Krilovici and is the winner of the second prize in the “Maria Callas Grand Prix”, in Athens, first prize in the European Competition “Debut 2004” and the “Pro Europa” prize of the European Culture Foundation.  Her musical studies include degrees in Harmony, Counterpoint and Fugue from the National Conservatory of Greece.

Ms. Kyriakidou was seen as Lauretta in Gianni Schicchi, Musetta in La Boheme and Zerlina in Don Giovanni with the Greek National Opera. She went on to reprise the role of Zerlina in her debut at Venice's Teatro La Fenice in 2010, and returned there for additional performances in the 2011/12 season. The role of Zerlina also brought her debut at the Royal Opera House, Covent Garden in 2012.

Under the baton of Riccardo Muti, she performed as Cherinto in Demfoonte in her debuts with the Opéra national de Paris and the Ravenna Festival. A graduate of the International Opera Studio at Opernhaus Zürich, she performed as Pamina for the IOS production of Die Zauberflöte. Other roles include Sophie, in  Der Rosenkavalier with the Tel Aviv Opera, Xenia in Boris Godunov with Théâtre du Capitole in Toulouse, Micaela in Carmen with New Orleans Opera and Opera Las Palmas. She has also sung at the Royal Opera House Muscat in Oman, Smetana Hall in Prague and at the Theatre des Champs Elysée in Paris.

Since 2017, she has been the Artistic Director of “Opus Opera” (www.opusopera.org) a non profit organization she created with her husband, Bryan Hymel, where she creates and performs in various concerts throughout the season. Opus opera’s mission is to “bring opera closer” with intimate performances in non traditional venues that immerse senses in art of every kind! In May 2020 Ms Kyiakidou will perform Pamina in Magic Flute with New Orleans Opera. 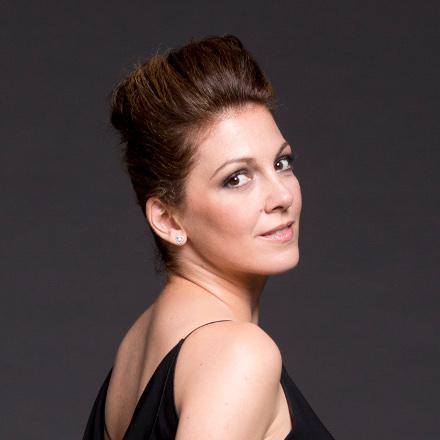