Claire Shackleton, mezzo-soprano, has been praised for her “polished sheen and warmth”. She has sung around the country with a variety opera companies and orchestras. Ms. Shackleton began teaching at Loyola in 2015, has directed several Loyola productions and performed in recital for Loyola with Dr. Brian Hsu in 2018.

A champion of new music, Ms. Shackleton has debuted several new works and performed ones that have since become part of the modern canon including Logan Skelton’s Letters to Santa at Loyola in 2016, Tucker Fuller’s Book of Saints, Stacy Garrop’s The Book of American Poetry vol. III, and Jake Heggie’s Dead Man Walking. Ms. Shackleton looks forward to singing the principle role of the Diva in the debut of Glyn Bailey and Wesley Payne’s How to Kill a Diva as well as performing Ēriks Ešenvalds’ new work The Passion according to St. Luke in 2019.

Claire Shackleton’s concert engagements include a recent recital with Lyric Fest celebrating Dominick Argento in Philadelphia, Bach’s Mass in B-minor with the Louisiana Philharmonic, Handel’s Messiah with the Pacific Symphony, and Beethoven’s Symphony No. 9 with the Wyoming Symphony. 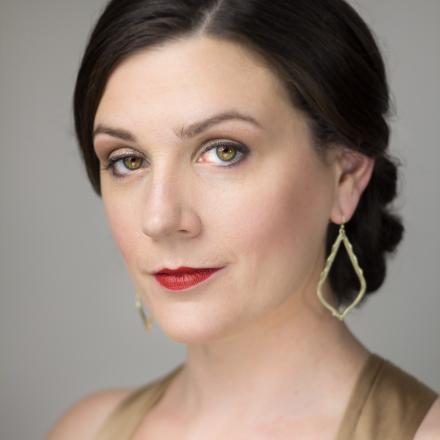