Owen earned his Bachelor’s and Master’s of Music degrees at the College-Conservatory of Music at the University of Cincinnati where he was the teaching assistant to Masau Kawasaki. He also spent two years at the Hochschule für Musik in Vienna, Austria, studying with Hatto Beyerle, formerly of the Alban Berg String Quartet. Owen’s training included coaching with the LaSalle and Tokyo Quartets. He spent four summers as a fellowship recipient at the Aspen Music Festival where he was a member of the Chamber Symphony and a winner in the Geraldine B. Gee International Viola Competition.

In New Orleans, Owen has been a soloist with the Louisiana Philharmonic on works including Strauss’s Don Quixote and Bach’s 6th Brandenburg Concerto. He has also performed with the Dallas and Baltimore Symphony Orchestras.  Owen spends his summers performing with the musicians from around the country at the Colorado Music Festival in Boulder.

Owen is a major advocate of chamber music.  At Loyola University’s School of Music, he is a member of the James Carter String Quartet and the coordinator for string student chamber music ensembles. In his endeavor to explore works written for more diverse instrumentation, in 2006 Owen founded Musaica, a chamber ensemble that presents a regular series of concerts featuring both new and less frequently heard works.  The group was hailed by the New Orleans Times-Picayune as “a triumph of musicianship and adventurous programming.”

Owen has done master classes around the country including visits to the music schools at Texas Tech University, University of Southern Mississippi, University of Colorado, Florida State University, and the University of Oklahoma, among others.  As a member of the American Viola Society, Owen regularly participates in regional viola festivals. He is a former board member of the Greater New Orleans Youth Orchestra (GNOYO) and works with violists in GNOYO at its annual summer festival. 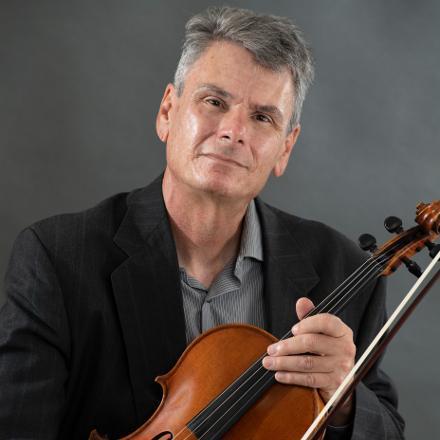