A graduate of Northwestern State University in  Natchitoches, La., where she earned a degree in journalism/public relations, Andrews received a master of  journalism degree from LSU with an emphasis in PR.

Her great-grandfather founded her hometown,  Gonzales, La., the Jambalaya Capital of the World.

Andrews has worked extensively in PR and advertising for industries ranging from RVs and food service to printing and educational materials. She directed the award-winning Creative Services team for Camco Manufacturing, Inc., a North Carolina-based manufacturing company that serves an international client base.

She has held editorial positions with two maga zines, including senior editor of the international Jour nal for Minority Medical Students and has edited,  written for and consulted on many other professional publications. She has been published in textbooks, aca demic journals, and national and regional magazines.  She continues to write, contributing to NOLABoomers  magazine.

A member of the Crowning Connections team since its founding in 2003, Andrews specializes in pageant planning and promotions, as well as interview preparation for contestants.

Andrews is a member of the New Orleans chapter  of the Public Relations Association of Louisiana, where she served as cochair of student services.

Throughout her career, Andrews has participated  in and worked alongside the nonprofit community. She  spent five years as director of the Shawn M. Donnelley Center for Nonprofit Communications at Loyola, a stu ent-run agency that works with nonprofits to solve communication challenges. She has served on the boards of the Gonzales Little Theatre, Salem Commu nity Theatre and Ascension Community Theatre and  worked with the Eunice Players Theatre.

She was a founding member of After Choir Productions, a volunteer musical outreach group, and co founded the Southern Mississippi Scholastic  Journalism Association. Her volunteer work has in cluded serving as youth director for the Gonzales United  Methodist Church, as a district committee member for  the Sweetwater District, Atlanta Area Council, Boy  Scouts of America, an event volunteer with STAIR  (Start the Adventure in Reading) and as a crafts teacher  at St. Francis Xavier Catholic Church in Metairie, La.

Until 2016, Andrews was an assistant professor in  the School of Communication & Design at Loyola University  New Orleans, teaching public relations, advertising and  event planning. She continues to teach there periodically as an adjunct professor. She also held faculty positions at Louisiana State University, the University of  Southern Mississippi, Tulane University and at Georgia  College & State University, where she was a tenured assistant professor in Mass Communication. While at  Loyola, she developed the annual internship fair, Networking Night at Loyola, the SCD's annual portfolio  review for seniors and assisted in the creation of the SCD's alumni hall of fame, the Den of Distinction.  She has made scholarly presentations at numerous regional and national conferences, particularly on the  subject of service learning and partnerships between  universities and nonprofit organizations. 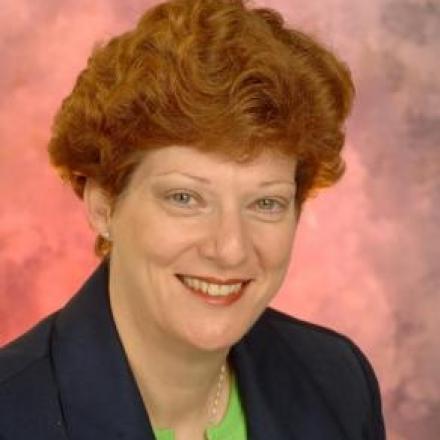