Albert Dupont is a south Louisiana native and has spent nearly 30 years in broadcast journalism and broadcast education.

Prior to joining Loyola’s School of Mass Communication he was the Advanced TV Broadcasting teacher at the Satellite Center in St. Charles Parish since its opening in August 2005.

Before becoming a teacher, he was a news and sports videographer for WVUE-TV in New Orleans for 12 years and a news producer at WAFB in Baton Rouge and KATC in Lafayette for five years.  While in sports, Dupont was a field videographer for the New Orleans Saints and NCAA games from 1994 to 2009.  He also was a videographer at two Super Bowls and numerous NCAA national championship games in a variety of sports.  He operated the WVUE satellite truck at breaking news events, sporting events and hurricanes.

He is the Louisiana state director for the Journalism Education Association and is a contributor to the JEA Digital Media website.

Dupont is married to Kimberly McCoy Dupont.  They have two daughters, Sarah and Amy.  In his spare time he is an amateur radio (ham radio) operator with his favorite activity operating vintage tube radios from the WWII era through the 1970s. 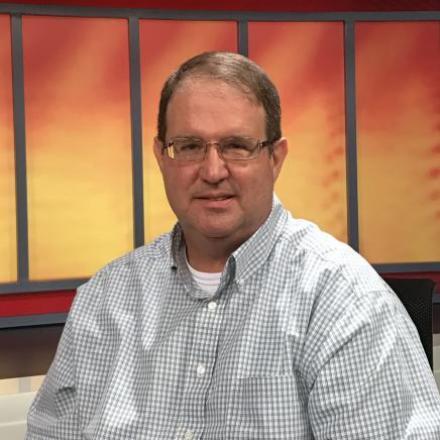