Melissa Marshall is a New Orleans native and versatile performer and scholar of international recognition known for her vocal range, who has been living in Germany and was actively performing in Europe. She was seen singing the role of Carlotta Guidicelli in the Original Broadway Production of Andrew Lloyd Webber’s, The Phantom of the Opera in Germany. Melissa received her Bachelor’s Degree in Music Performance and Drama at Loyola University College of Music, and her Master’s of Music Degree and Post Graduate Degree in Voice from the Mannes Conservatory of Music in New York City. Melissa also holds an Artist’s Diploma from the Accademia Chigiana in Siena, Italy. Melissa is well known to musical theatre and opera audiences in and around the New Orleans area and has performed many leading roles in musicals (eight of which she has been nominated for Big Easy Awards for Best Actress in a Musical). Some of her favorite leading roles include Julie Jordan in “Carousel”, Marian Paroo in “Music Man”, Eliza Doolittle in “My Fair Lady, Lilli Vanessi/Kate in “Kiss Me Kate”, Anne Egerton in “A Little Night Music, Guinevere in “Camelot”, Cunegonde in “Candide”, Carlotta Giudicelli in “The Phantom of the Opera”, Laurey Williams in “Oklahoma”, Mabel in “Pirates of Penzance”, Yum Yum in “The Mikado”, Fiona in “Brigadoon”, Marsinah in “Kismet”, Christine in “Phantom”, Jenny Lind in “Barnum”, and Cinderella in “Into the Woods”. New Orleans audiences have enjoyed Melissa’s recent performances such as Tulane Summer Lyric Theatre’s 5Oth Anniversary Gala, Leonard Bernstein at 100 concert, New Orleans GiveNola benefit concerts as well as the Christmas Concert in St. Louis Cathedral as the soprano soloist for the Bach Magnificat in D Major. Her operatic experiences include engagements at the New Orleans Opera as Sophie in Massenet’s “Werther” and Ellen in Delibes’s “Lakme.” She also performed a number of lead roles such as Gilda in “Rigoletto”, Adele in “Die Fledermaus”, Zerlina in “Don Giovanni”, Despina in “Cosi fan Tutte”, Elvira in “L’italiana in Algeri”, Gretel in “Hansel and Gretel”, Papagena in “Die Zauberfloete”, Juliette in “Romeo and Juliette”, as well as Violetta in “La Traviata” with the Mississippi Gulf Coast Opera. Melissa also made her Lincoln Center debut in New York City as one of the Prize Winners of the Licia Albanese-Puccini Foundation awarding her a study grant as well as the opportunity to perform onstage with some of the most prestigious names from the Metropolitan Opera. She was also named finalist in the Maria Caniglia Competition in Sulmona, Italy and a finalist in the Meistersinger competition in Graz, Austria with the American Institute of Musical Studies. She has had the honor of studying with renown artists such as Shirley Verrett (under full scholarship and stipend at the Accademia Chigiana in Siena, Italy), Renata Scotto, Licia Albanese, Marilyn Horne, Lily Ameling, and Barbara Cook. Melissa was thrilled to perform in Concert “An Evening of Arias and Songs” at the famous Hotel Cala di Volpe in Sardinia, Italy as well as a concert tour including Belgium and Germany (privately held house concerts in various castles such as Schloss Schmidtheim and Schloss Bentheim.) Being known as a supportive voice teacher, Melissa had continued to enjoy teaching her private voice students in Germany, where she also holds certification in German Language Studies. She has proven to be a knowledgeable, creative, and resourceful voice teacher with experience in developing students’ vocal abilities and a healthy technique in both Opera and Musical Theatre, She is recently a new member of the National Association of Teachers of Teaching. Melissa and her daughter are thrilled to have recently returned to the US. She is so honored to join the Voice and Theatre, Arts, and Dance department at Loyola University. 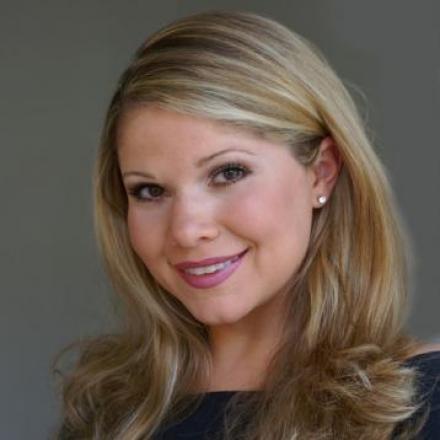