Shortly after Ann Mahoney was born in Rochester, NY her family moved to New Orleans. After dedicating herself to the craft of acting at the tender age of 9, she went on to get her BA in Acting from Greensboro College, and her MFA in Acting from UCONN, studying Japanese theatre master Tadashi Suzuki's Suzuki Method of Actor Training. She appeared onstage at Long Wharf Theatre alongside Tony winners Jefferson Mays, and Frank Woods in Rosencrantz & Guildenstern are Dead, and starred in Dream Play at The Berkshire Theatre Festival.

After receiving her MFA, Ann moved to New York City, one month before 9/11. During her brief stay in NYC, she appeared in the Obie-winning The Romance of Magno Rubio Off-Broadway, originating the role of Clarabelle. At this point, New Orleans was calling her back home.

In the southeast, Ann quickly gained a reputation as a chameleon actress in film and television. Able to take on roles that required razor-sharp comedic timing (Big Momma's House 2), depth of emotion (Frankenstein - with Parker Posey, Michael Madsen, and Adam Goldberg), and vulnerability (Hart of Dixie [Pilot]), Ann became the go-to actress that could "do anything".

Ramin Bahrani, who directed Ann in 99 Homes, called her scenes "the heart of the film", and film critic Sheila O'Malley from RogerEbert.com concurred saying, "The door-to-door sequences are masterful. These people don't seem to be professional actors (although they may be), their reactions are so raw and real". This "raw and real" work caught the eye of Scott Gimple and AMC when they cast her as Olivia in the hit series The Walking Dead. In fact, Gimple uttered the exact phrase that Southeast casting directors had used to describe Ann for years; he said, "I watched your demo reel, and I know you can do anything we would ever ask of you."

When not on set, Ann spends her time working with the next generation of actors, and with her family. She is active in her church, and has a deep love for her native New Orleans. 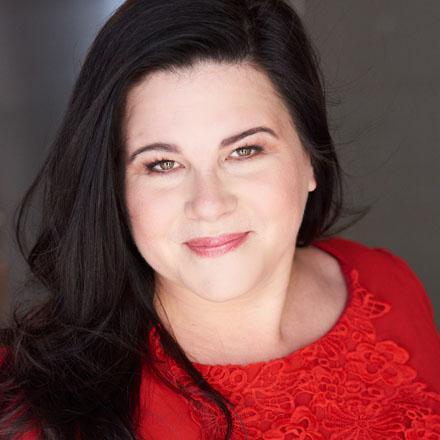