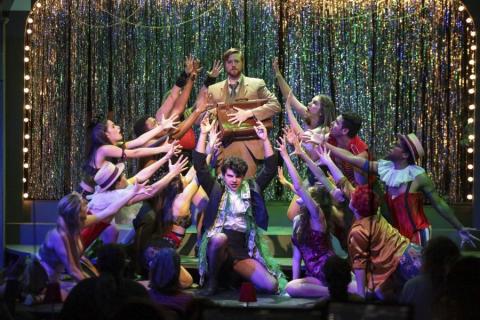 Loyola students working on a production of the Cabaret held an impromptu performance Wednesday night after the announcement that classes were cancelled, opening their regular rehearsal to the public.

“They’ve been doing this every night for four or five weeks, since way before Mardi Gras. And when I got the news today, I said, ‘Let’s invite everyone and just do it.’ But I’m not saying everything’s canceled; I’m saying we’re just putting it on pause,” theater professor Patrick Gendusa said on the night of the performance.

The Loyola School of Music and Theatre Arts announced in an email Thursday that it has since cancelled all of its upcoming events and performances for the remainder of this semester.

Those who have bought advance tickets will be given the option to either request a refund or use their ticket as a financial donation to the Loyola School of Music and Theatre Arts.

The School of Music and Theatre Arts said that they expect to take a loss of more than $75,000 as a result of the season’s cancellation.

Tom Cianfichi, who directed Cabaret, watched the show from the back row, pleased with the cast and crew’s performance.

“I feel terrible that they’re going to be robbed of their actual opening night and the run of the show, but we did the best that we can, and I’m very proud of them,” he said.

Theatre arts junior Shelbi Copain, who played a young woman from 1930s Germany in Cabaret, said that the performance was an emotional experience for everyone involved.

“It was just obviously startling. I think we put so much hard work into this show, and we didn’t want to see it go to waste. The future’s so uncertain. I think it was a labor of love, what we pulled off tonight. People really worked their fingers to the bone to make this come together, to say goodbye to the show, I guess,” Copain said.

“Of course we heard about school becoming online, so we kind of assumed this would happen, but we weren’t sure,” wardrobe manager Gwendolyn Walton said. “Then, Patrick (Gendusa) sent an email saying that he’d love all of us to come tonight and see Cabaret. It was very sudden, and I don’t know, a lot of feelings.”

“It’s been really good. I really wish we could do more costuming and stuff tonight, but we weren’t as ready,” she said.

Theatre arts senior Baylee Robertson, who acted as stage manager for the show, said that they only found out that they would have an audience a few hours before the performance began.

“All of the lights and stuff you saw today were completely winging it,” Robertson said. “We’re very flexible in the theater.”

Robertson also said that she was proud to have been able to work on a production that touches on important real-world issues.

“This is a hard show. There’s a lot to grapple with. It seems, like, light and frothy and sequins on the outside but really there’s a lot of hard topics,” Robertson said.

“We talk about all sorts of awful, heavy topics that need to be addressed, but I think the show does it in a way that’s palatable, a really good way to get it out,” Mederos said.

After the show, the cast and crew were met with applause and congratulations from dozens of friends and family members who turned out for the last-minute performance.