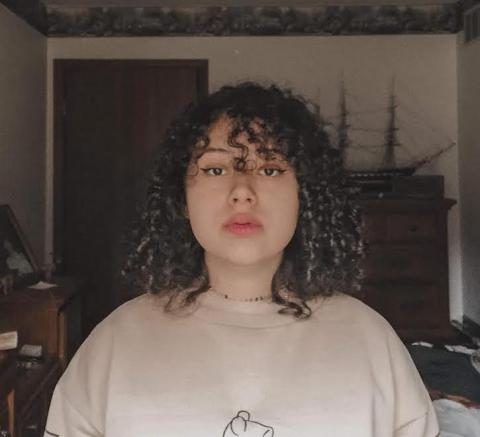 At the beginning of this semester, BroadwayWorld (BWW) was accepting applications for new student bloggers to write about the day-to-day life of a theatre student. BWW is a theatre news website based in New York City that publishes daily coverage of Broadway, Off-Broadway, regional, and international theatre productions. The website publishes theatre news, interviews, reviews, and media coverage. At the end of last year, several students and designers were nominated for Loyola University New Orleans’ production of Violet for BWW’s regional awards.

Junior Kharissa Newbill was chosen as one of BWW’s newest student bloggers. "I get to represent our school and our theatre department. Loyola has done so much to help me grow and feel more confident as a performer, and it makes me so happy that I get to give back to them by writing about my experiences,” said Newbill of her new venture as a blogger for BWW. “There are so many wonderful, amazing things happening everyday in the Loyola Theatre Arts and Dance Department; it's time the world found out about them."

Newbill is a Junior Theatre Arts major and English Writing minor at Loyola University New Orleans. Born in Panama City, Panama, her latest theatre credits include working as the resident Assistant Director for Blast! AIP on their production of The Wizard of Oz and as the dramaturg for the Central American premier of the Argentinian play Mamá Está Más Chiquita. Recently, Kharissa has delved into the world of social media public relations, working part time as a social media manager for Blast! AIP and on her own through the management of her personal blog “Simply Khari.”

Her first blog post for BWW has just been posted and features advice for the new college theatre freshman. She notes the importance of becoming a “triple threat,” but perhaps not in the traditional way one thinks when they are talking about theatre. Newbill’s advice for new students: explore all that you can!