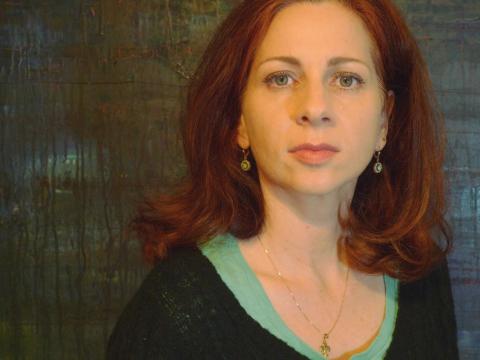 Loyola University New Orleans' Scene Design class will be taught this year by guest professor Joan Long. A production designer currently working on all scales of theater in New Orleans, Long recently designed Hamlet, Much Ado About Nothing, All’s Well That Ends Well, and Macbeth (The Shakespeare Festival at Tulane), Men on Boats, Camille (NOLA Project), and Uncle Vanya Quarter Life Crisis (Goat in the Road). Not only is Long a prolific set designer in the New Orleans area, she is also one of its most sought after lighting designers. Some of her recent lighting credits include Roleplay (Goat In The Road), The Pirates of Penzance (Tulane Summer Lyric Theatre and NOCCA), The Wolves, A Doll’s House Part 2, Eclipsed, Father Comes Home From the Wars, Grounded, and Detroit (Southern Rep). In 2016, Long was awarded Gambit’s Big Easy Awards Theatre Person of the Year for her work in New Orleans.

She is the Technical Director, Production Designer, Costumer, and PSM for the New Orleans Ballet Association and the NORDC/NOBA Center for Dance. Before discovering her love for set and lighting design, Long earned a BFA in Design for Theatre with a concentration on costume design and construction from Kent State University. From there she went on to earn an MFA in Theatre Production from Tulane University where she focused on set design and an MLA from LSU. She also spent ten years working with the New Orleans Opera Association where she learned everything about production from building and painting drops, scenery, and props, until she finally transitioned into lighting design.

She has enjoyed opportunities to teach Fundamentals of Set Design at Tulane and is especially interested in mentoring emergent designers and theatre-makers in New Orleans. This, in particular, is one of the reasons she is excited to teach Scene Design at Loyola University New Orleans. “Theatre design is a discipline of the eternal student because it is not about finding answers. It is a collaboration with other artist-explorers, questioning, researching, collecting, mapping, exchanging images and inspirations leading to new questions,” says Long. Coming from a non-acting background, Long is eager to step outside of her comfort zone into a teaching role once again. “It is such a gift to get out there. Teaching renews my passion for theatre design as I guide aspirants entering into the world of the dramatic imagination, discover the talents they bring, prepare them to approach design with sharp tools, courage, rigor, passion, and an absolute respect for deadlines, without which we humans would never finish anything.”