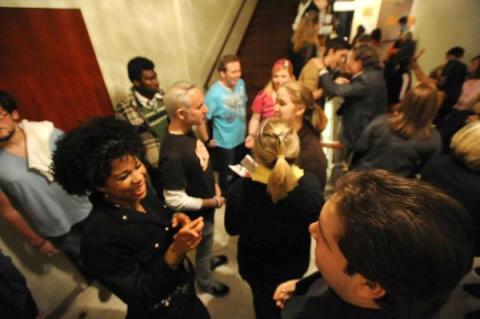 Loyola’s production of “Godspell” was awarded Best University Production of 2011 at the Big Easy Awards as part of the Best in Theater awards.

Patrick Gendusa, director and assistant professor of theater arts, said he had a strong feeling that his production would win this year.

“I had been nominated for my previous Loyola productions, but this one had a special energy about it,” Gendusa said.

“The effect the show had on the audiences made me realize that we had done something quite special, and I truly hoped that we would win for our department chair, Georgia Gersham, our musical director Donna Clavijo, our dean, Donald Boomgaarden, but most of all for our students. They deserved to win.”

Gendusa said his biggest challenge as director was reinventing a piece that has traditionally been done a certain way and that the undertaking was much greater than he imagined.

“I basically stripped all the stage directions and basic concepts from the script and recreated an entire new show,” Gendusa said.

The production’s greatest strength, according to Gendusa, was its heart.

“We had an amazingly talented cast, band and crew, but their hearts were bigger than their talent, which is huge,” Gendusa said. “There was so much love and respect for each other on and off stage, and it radiated throughout

Jones said that “Godspell” was her first main-stage production at Loyola. She said that she was in “absolute shock and incredibly giddy” after finding out “Godspell” won a Big Easy award.

The next Loyola theater department project will be the Senior One-Act Festival on April 17 and 18 at 7 p.m. in the Lower Depths Theater.