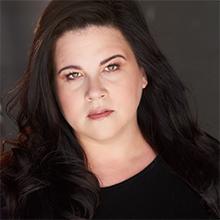 Our very own acting professoor Ann Mahoney has received the 2022 Mendez Award at the Maryland International Film Festival for film and television success!! We are so very proud to have Mahoney part of our TAD family. The article below by WFMZ outlines the details of the award:

Film Festival Board of Directors President Nicole Houser said, "The Mendez Award is awarded to someone who has succeeded in the Television and Film Industry; or has supported film and television and has given back to the community. Ann Mahoney is an internationally renowned actress and has been a fixture in film and television for many years. She gives back to the community in numerous ways, and is also being recognized for her support of the Arts, her wonderful warmth, and her outspoken advocacy for women involved in filmmaking."

Ann Mahoney will be attending the opening night events for the 10th Maryland International Film Festival. Ann Mahoney is currently recurring in the NBC television series The Thing About Pam, starring Renee Zellweger. She co-stars in Charming the Hearts of Men with Anna Friel, Sean Astin, and Kelsey Grammar, currently on Amazon Prime.

Best known for her portrayal of Negan-slapping "Olivia" in The Walking Dead (recurring seasons 5-7), she has also played Gladys Presley (series regular) in Sun Records. She starred opposite Tim Blake Nelson & Jacob Batalon in the indie-celebrated film THE TRUE DON QUIXOTE, and opposite Andrew Garfield in Director Ramin Bahrani's 99 Homes. She has recurred in the Peabody award-winning series Rectify, and guest-starred on Good Cop. Other credits include Same Kind of Different as Me, Logan Lucky (Director Steven Soderbergh), Bad Moms, Big Momma's House II, Barefoot, and Hart of Dixie, among many other television and film projects. She has appeared in nine films that have been official selections shown at the Maryland International Film Festival-Hagerstown, including last year's opening night film called: The Other Side of Night.

Her other love is writing, and she has created and written five television series' pilots. She also has written and created a woman-centric, midlife-crisis feature film entitled Fanfare. Ann is an "Extraordinary Professor of Acting" at Loyola University in New Orleans, teaching The Suzuki Method of Actor Training, Viewpoints, and Acting for Camera. She holds a BA from Greensboro College in Theatre Arts, and an MFA from The University of Connecticut-Storrs in Acting. She also has appeared in many regional theatre productions, working with Tony award-winning directors and actors. Her favorite role is Mom to her two amazing kids, who teach her more about the preciousness of life than anything else ever could.

The first official Mendez Award was named for, and was awarded in 2013 to Antonio "Tony" Mendez, CIA Master of Disguise, Founder of the Spy Museum, and Award-Winning Author and Painter. The award was given one month after "ARGO" won the Best Picture Academy Award.