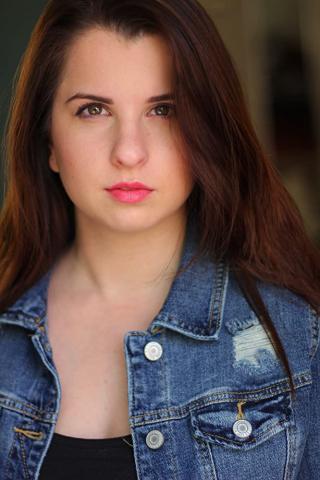 Hall got the audition through her agent and went straight to producer callback. “I hadn’t actually auditioned with this particular casting director for several months and I found out she called me in based off of a past audition,” said Hall.

Although the character had no actual lines due to being duct taped in the show, the audition consisted of an entire scene conceived by the episode’s writer, Stephanie Sengupta.

The experience on set was a whirlwind, according to Hall. “The cast and crew were all genuinely excited to be on set and working and really helped to make me feel comfortable,” she said. The day was long, according to Hall, who was on set for 9 hours to film the one scene.

“It was crazy to see how efficient they are with that,” Hall said. “They had a dedicated explosives and ‘kidnap crew’ who made sure the ropes, duct tape, and tie downs were all comfortable but realistic.”

As for new projects, Hall noted that Hollywood is on pause at the moment due to coronavirus. In the interim, she said she is working with James DuMont on her acting and camera skills to keep fresh. “There was recently an open call for, funnily enough, all of the branches of NCIS,” she said. “I just submitted with help from James, cross your fingers!”