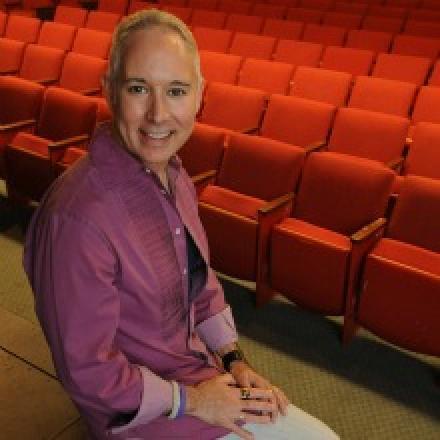 Loyola University New Orleans Department of Theatre Arts & Dance announces exciting new leadership as C. Patrick Gendusa takes the helm as the department chair. He looks forward to advancing Loyola’s proud theater history, which dates to 1919 with the foundation of the New Orleans Conservatory for Music and Dramatic Arts, ultimately the foundation for today's College of Music and Media.

"Loyola University New Orleans has 100 years of rich history leading education in music and theatre arts in New Orleans, and I am proud to be a part of advancing that legacy," Gendusa said, pointing to the Jesuit ideal of cura personalis, or education of the whole person - heart, mind, and body. "The department has to such a solid foundation of educating the whole artist. This foundation was created and upheld by the two previous chairs who both did an amazing job at establishing our footprint in the arts community, locally and beyond."

Gendusa joined the department post-Katrina in 2006. During his 13 years at Loyola he has won two Big Easy Entertainment Awards for Best University Production and helped create the addition of a new degree offering in musical theatre. He teaches Acting I, Acting II, Directing I, Advanced Directing, Musical Theatre Performance, Musical Theatre II and Senior Projects, and travels throughout the U.S. auditioning and recruiting students for the university and department.

Patrick has worked professionally as a performer, director, and instructor in New York, Texas, New Mexico, Virginia, and Louisiana. He received a Bachelor of Arts in Theatre Arts from St. Edwards University and his MFA in Acting and Directing from Texas Tech University. Patrick was chosen as one of only 14 theatre professionals to participate in The Actors Center Teacher Development Program in New York City. He has taught theatre at the University of Richmond and Texas Tech University. Locally, he has also served as head of the Department of Theatre at Holy Cross School and worked for the Jefferson Parish Gifted and Talented Theatre Program at East Jefferson High School.

While in Austin, Texas, Patrick was vice-president of the Zilker Summer Musical, the only free outdoor theatre remaining in the country. He also toured with and was a founding member of the Second Youth Theatre Company and the Kinesis Dance Theatre Company. In New York he had a cabaret act called Chemistry where he taught musical theatre and acting.

In March, Loyola’s Department of Theatre Arts & Dance will present the musical Violet directed by C. Patrick Gendusa. Based on the short story “The Ugliest Pilgrim” by Doris Betts and with music by Jeanine Tesori, one of the most vibrant composers in modern musical theatre, Violet tells the story of a young disfigured woman who embarks on a journey by bus from her farm in Spruce Pine, North Carolina, through Tennessee and all the way to Tulsa, Oklahoma in order to be healed. On the way, she learns the real meaning of love, courage, and beauty.