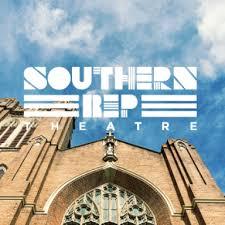 Southern Rep Theatre (SRT) has a long history of working with Loyola University New Orleans  Department of Theatre Arts & Dance. Until the fall of 2018, SRT was in residence at Loyola while building its new home on Bayou Road. Despite having a new home now, SRT continued its relationship with TAD by hosting auditions for its Apprentice Acting Company. It is a season-long apprenticeship that works closely with the Acting Company at SRT, made up of curious, dedicated, and passionate artists from New Orleans.

The companies work on one dedicated Acting Company project a year as well as the 4D New Play Development Program, in-house readings, and arts education events. Workshops are provided to help each member continue to learn and grow as a working artist, covering topics like contract negotiations, voice and movement, and audition prep for both theatre and film productions.

“The goal of The Acting Company and Apprentice Acting Company is to make space for actors to learn and grow in the context of a professional theatre and to cultivate and strengthen the community of working artists in the city,” said Associate Artistic Director Helen Jaksch.

This year's apprentices are Elexis Selmon, Leland Ensminger, Sebastian Philips, and Madeline Talianich. Selmon and Ensminger both starred in MOTHER COURAGE by Bertolt Brecht, translated by Ntozake Shange, this year's Acting Company show. Company members will be a part of Southern Rep's programming for the spring of 2020 and the fall of 2020, including a Summer TYA show, new play readings open to the public, and opportunities to participate in the rehearsal rooms of our mainstage shows.