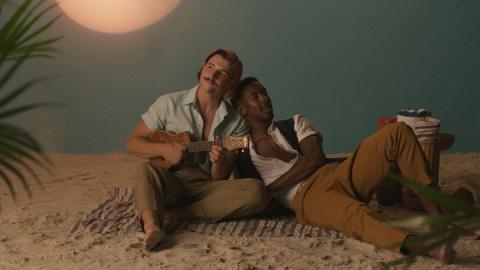 Broadway performer Jack Scott debuted the music video for his first single, “Train Ride,” in November, featuring Loyola University New Orleans Department of Theatre Arts & Dance Artist-in-Residence Justin Prescott. The music video, directed by Zen Pace, features Scott and Prescott dancing in a “pure romantic fantasy,” according to Huffington Post. Scott has been using the time since Broadway shut down due to COVID to explore music, prompting the creation of “Train Ride” and its music video.

The video focuses on a love story between two men to give queer listeners a romance to relate to. “As a queer kid growing up, performing was always my escape, safe space and therapy,” Scott told Huffington Post. “What used to be my way out of self is now my best way in ... the inspiration for ‘Train Ride’ came directly from the golden age of song-and-dance storytelling, a time when queer stories weren’t being told. By using this classic format with queer casting, the result is subtly defiant.” The two dancers toe-tap through a series of romantic vignettes, including the beach and a moonlit night.

Prescott, in his time as an Artist-in-Residence at Loyola, has conducted two dance master classes. He will continue to share his passion, talent, and inspiration to the students of the Department of Theatre Arts & Dance through the coming year. He has also showcased his dance talents on the Tony Awards and in numerous Broadway shows including Head Over Heels and Moulin Rouge.

We are so proud of Justin and thrilled to have him join our theatre family for the upcoming year! Until his next masterclass, you can watch Prescott dance in the music video here: https://www.youtube.com/watch?v=q0X1lIkS8Zw&feature=emb_title

For the complete article visit: https://www.huffpost.com/entry/broadway-jack-scott-train-ride-music-vide...