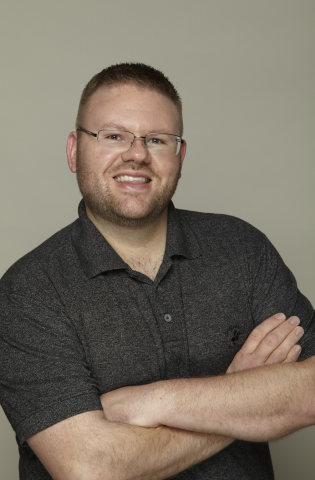 Loyola TAD Alum, Jeremy Ancalade, recently accepted the CFO position with the Laguna Playhouse in Southern California. The Laguna Playhouse is an historic Equity theatre located in the arts colony of Laguna Beach, CA, steps away from the Pacific Ocean. It's a LORT theatre that is one of the oldest continually operating theatres on the west coast.

July 25, 2019…Laguna Beach, Calif…Laguna Playhouse Board of Directors, Artistic Director Ann E. Warehamand Executive Director Ellen Richard announced today that Jeremy Ancalade has joined Laguna Playhouse as its new Chief Financial Officer. Comments Wareham and Richard, “We are excited to have Jeremy Ancalade join our Playhouse team as our new Chief Financial Officer. The breadth of his experience and knowledge will help guide us into our second century of providing our subscribers and local audiences the exceptional theatre our community has come to expect from the Playhouse.”  Comments Jeremy Ancalade, “I am so honored to have this opportunity to be part of the history of one of the nation’s top regional theatres. I look forward to working with Ann and Ellen as we approach the Playhouse’s 100th birthday and beyond.”

Jeremy Ancalade was most recently Finance Director for Project Angel Food where he built a framework for organizational growth, financial sustainability, and foundation for a $5 million capital campaign. A Louisiana native, Jeremy started his career in New Orleans, freelancing as a stage manager in the Big Easy. After relocating to Southern California in 2005, Jeremy joined the Shakespeare Center of Los Angeles as General Manager, working on the nationally recognized Will Power to Youth program and launching Veterans In Art, using theatre to reintegrate veterans into the workforce. As Vice President of Operations for The Trevor Project, Jeremy led national business operations, leading change during one of the most dynamic periods for the LGBTQ movement in American history, and ensuring that in their greatest hour of need, LGBTQ young people knew that they were not alone. Jeremy holds Master of Business Administration and Master of Fine Arts degrees from California State University, Long Beach, and a Bachelor of Arts degree from Loyola University New Orleans.

Founded in 1920, the historic Laguna Playhouse is one of the oldest continuously-operating not-for-profit theatres on the West Coast and is proud to be an active participant in the celebrated Laguna Beach arts community. From classic plays and musical comedies to the current off-Broadway smash, cutting edge and traditional music exhibitions, dance festivals and stand-up comedy performances, Laguna Playhouse brings the magical experience of the performing arts direct to over 80,000 patrons each season. Laguna Playhouse educational programming includes year-round classes, productions by and for children and teens (Youth Theatre) and is one of the few companies in the region that offer a curriculum-based professional theatre-touring program, TheatreReach, which aligns with the California State Standards for literature, history and performing arts curriculum. Laguna Playhouse has been recognized in 2017, 2016 and 2015 as one of Orange County Register’s “Best of OC” in the category of Live Theatre, and has been recognized by OC Hotlist in their “Best Theatre Group” winning first place in 2017 and 2016. The Laguna Playhouse has featured many talented performers on stage, including Ed Asner, Leslie Caron, Hershey Felder, Harrison Ford, Melanie Griffith, Val Kilmer, Gregory Harrison, Dan Lauria, Hal Linden, Wendie Malick, Rita Rudner, Charles Shaughnessy, French Stewart, Loretta Swit, and Bette Davis.

For more information on all shows and programming visit wwwlagunaplayhouse.com.  LAGUNA PLAYHOUSE is located at 606 Laguna Canyon Road in Laguna Beach.

Learn What’s Going On at www.lagunaplayhouse.com.