Loyola Professor Ann Mahoney is a Jack of All Trades 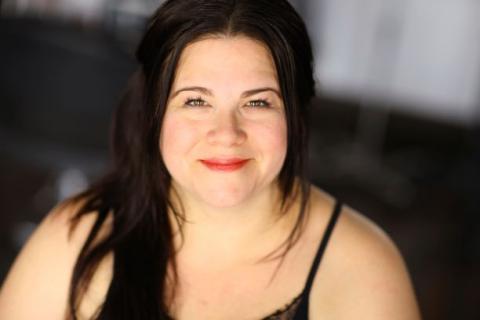 Ann Mahoney is a master at multitasking. Best known as Olivia in AMC’s The Walking Dead, Mahoney is the professor of both Voice and Movement II and Acting for the Camera at Loyola University New Orleans. Not only is she a professor and film actress, she is also the founder of a children’s fashion line, a published author, and a mother of two. Additionally, Mahoney just finished working on The Charming Hearts of Men opposite Anna Friel and Sean Astin and has just booked her first official screenwriting gig.

Mahoney is a role model for many students in Loyola’s Theatre Arts & Dance program, particularly because of her ability to juggle so many things at once. When asked how she manages to wear so many different hats she said, “You can’t finish everything. You have to get comfortable with making a list.” Such a simple, yet effective method of time management is not only helpful for Mahoney the multi-tasker, but she noted this is also a great way to keep track of the projects, scene memorization, and general busyness of the day-to-day life of a theatre practitioner. “Always start with an ambitious list and prioritize. Sometimes things get bumped to other days, because, does this really have to be done right now?”

Mahoney spoke on the importance of keeping balance in her life, especially when it comes to family. Speaking candidly, she made it clear that it’s not always an easy balance in the film industry, but it is important to remember the longevity of your career vs. the longevity of your family. “No film or television show is going to hold your hand on your deathbed.” For Mahoney, her children are the most important part of her life, taking precedence over the lengthy to-do list. “My children have informed my acting more than any class or training ever has. They created a depth in me that nothing else could have.”

While recovering from a major surgery this past summer, Mahoney utilized her sudden free time to craft a new book, SLAP!!! Courage for the On-Camera Actor. The film industry is constantly changing, differing from year to year. Every time she taught Acting for the Camera, Mahoney was updating her syllabus over and over to make sure students left her class knowing exactly what they needed to know about film. She wanted to give students the tools to understand and make it in the film industry in a comprehensive, up-to-date, and firsthand way. With her new book, she was able to do just that.

Unrelated to film, but still a creative avenue in her life, Mahoney is the founder of Peeky Designs, an edgy children’s clothing company. Its first big collection will be debuting this Spring with 12 pieces. Upon having children, she was dismayed at the lack of variety available to dress them. She found that boys' options were blue and girls' were pink and there was hardly anything in between. Eventually, she began sewing her own kids’ clothes and Peeky Designs was born. “Everything has a bit of an edge to it,” she says. “It’s like if your goth mom grew up and wanted to dress you in something different than glitter and ponies.”

Mahoney’s advice to current students? College is the time to fail and define your limits. Things stay as busy as they are now, but it’s a different, good kind of busy. This is the first day of the rest of your life.

SLAP!!! Courage for the On-Camera Actor can be purchased here: