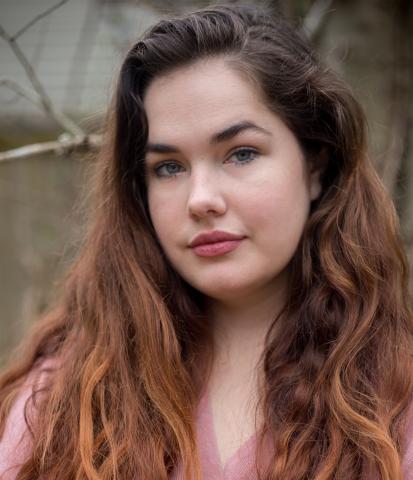 Kelsey Wartelle received an honorable mention for her play, Chains of Spanish Moss, in the 2018 New Works Of Merit playwriting contest.  Chains of Spanish Moss was written as a part of her senior thesis while she was here at Loyola's Theatre Arts and Dance Department.  The play is one-act about a Southern gothic novelist and her three children who gather in their family home for a birthday party. Throughout the course of the evening, they uncover new insights to their traumatic past, expose dark secrets, and revisit stories from a world more strange and formidable than their own.  The contest is held annually and accepts submissions from both emerging and seasoned playwrights alike, as long as the script has not been produced with an AEA contract. They are judged by a large panel of script evaluators, and selected plays must meet on of the criteria that aligns with their mission statement.  The full results can be found below:

HONORABLE MENTION (alphabetical)
Alejandra's Journey by Siobhan Fitzpatrick
Benedict Arnold by Douglas Huff
Black Matter by John Donahue
Break Free by Max Bush
Chains of Spanish Moss by Kelsey Wartelle
Enemy of the State by Simon Bowler
Family Night by Cassandra Medley
Fish by Patricia Pfeiffer
Freak Up the Street by Billy Robinson
God’s Necklace by Morgan Trant Kinnally
I am Charlie by David Blackman
Indian School by Esther Almazan
Madame AndrÃ¨e by Andrew Sarewitz
She Sleeps in Beauty by Stephen Bellwood
Stoned, Stupid, & Stuck by Natalia Regalia-Affinito
That Last Shot in the Dark by Gavion E. Chandler
The Thieves Road by HW Freedman
The Trouble Is by Christopher Babson
Veils of Justice by Tita Anntares
Your Own Sons by Stephen Near