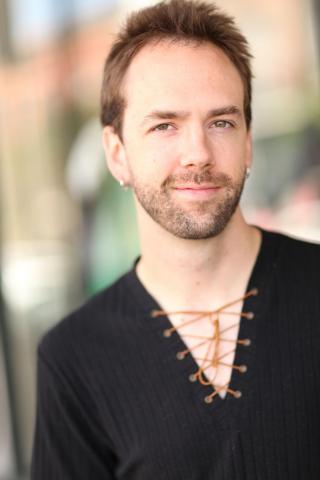 Actor and comedian Ian Hoch recently helped launch the first local branch of Sidewalk Food Tours, walking tours of the French Quarter and the Lower Garden District that let guests sample some of the city’s most iconic dishes in one afternoon. The company, which started in New York, also has chapters in Chicago, Los Angeles, San Francisco and Paris. Hoch spoke with Gambit about his job and what the tours feature.

Gambit: How are the tours structured?

Hoch: We have two tours right now. I’m working on a third in the Marigny and St. Claude area, but I’m not ready to say yet when that’s ready to launch. The French Quarter tour is very much a one-stop shop for all the different foods — things that are the classic New Orleans dishes. If you’re coming to New Orleans, yeah, you could go get all that stuff on your own, but it would take you days and you would spend a lot of money. This way you’re going to get a sample of everything in one afternoon. I think it’s a really accessible tour for people that are coming here and want to try everything but also for people with discerning foodie tastes. The French Quarter tour is a little bit longer — it’s about three hours. Right now we are serving char-grilled oysters, po-boys, pralines, muffulettas, barbecue shrimp and beignets.

The Lower Garden District tour is a little bit more of international cuisine and wraps in around two, two and a half hours. There’s the kind of funky sandwiches from Turkey and The Wolf, there’s Juan’s Flying Burrito, we go to Stein’s Deli and Little Korea BBQ, so that’s really more reflective of the international appeal.

G: What challenges exist in running this type of tour in New Orleans?

H: We did our first couple of tours in the week after Christmas and into New Year’s. That turned out to be an adventure in and of itself. The Sugar Bowl was that first weekend, so the first couple of tours we gave in the French Quarter were about as challenging as we expect they will ever be, just because there were so many people and the demand for our service was so great. Our first several tours were over capacity, so it was definitely a trial by fire kind of moment. We’ve learned a lot of lessons and ironed out a lot of kinks along the way, so I think that’s set us up for great success in the future.

You have to be really up to date on events that are happening in and around the French Quarter. For example, the Sugar Bowl had a second line parade. We knew the Sugar Bowl was that weekend and we knew the French Quarter would be packed and that there were going to be a lot of people here — but we did not anticipate that there were would be these big street closures all over the place. When you’re by yourself and just idling your way through the Quarter that’s one thing, but when you’re leading a group of more than a dozen people that can be a little more challenging. You have to really have a sense of what the timing is. Like, when is it really, really busy at Central Grocery? Is it different at noon than it is at 1 p.m.? And you have to kind of have a sense of what the heartbeat and the pulse of the French Quarter is so you can make sure that you don’t have to wait too long for your food and your guests are comfortable.

G: A lot of the guides have theater backgrounds. Is that something that comes in helpful as a tour guide?

H: Absolutely, yes. There’s no question. If you have a sense of stage presence and you know what are the little things that you can do in your delivery and the timing of your words to keep people’s attention and make them interested in what you’re saying, then you can be a successful tour guide, full stop. After that it’s just kind of memorizing the facts about whatever it is you’re talking about, whether you’re talking about char-grilled oysters or po-boys or New Orleans architecture.

You don’t have to be a history scholar, you don’t have to be the world’s most knowledgeable person about the food scene in New Orleans. The most important thing is that you just have to be fun to spend time with. To be able to make fast friends with someone who is just visiting from Boston or Des Moines [Iowa] or Shanghai and just to be able to spend an afternoon with them and make sure they’re at ease and they have a good time and get a sense of Southern hospitality. That’s the most important thing.