Life On & Off The Stage With Loyola Alumna Lauren Patton, Associate Artistic Director At Theatre Prometheus 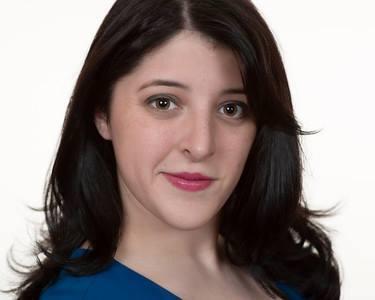 Lauren Patton is the Associate Artistic Director of Theatre Prometheus, a not-for-profit theater company in the Washington, D.C. area. Patton directs, acts, and produces for the company, primarily focusing on topical stories that shine a spotlight on the human condition.

Patton’s journey to her current role with Theatre Prometheus was one of preparation, hard work, and collaboration. She has experienced the ups and downs of the creative world, the struggles of auditioning, the joys of artistic expression, and the discipline needed for success in her field.

Theater, like many other creative industries, is notoriously a very difficult industry to break into, yet Patton is proof that focus and dedication pays off. She consistently produces important and relevant theater productions with an extremely talented group of artists by her side.

Lauren Patton attended college at Loyola University New Orleans where she received her Bachelor of Arts in Theater Arts and Mass Communications with a focus in Journalism. After graduating, she moved back to her hometown in the Washington, D.C. area where she became heavily involved in the local theater scene. Her most recent work as a director includes Theatre Prometheus’s production of 1 2 3: a play about abandonment and ballroom dancing, written by Lila Rose Kaplan for the 2018 Capital Fringe Festival.

The Importance of Networking

Patton began her involvement with Theatre Prometheus in 2014 in an unconventional way. She had been working as a freelance writer when she first met one of the company’s founders at a shop in downtown Maryland. This was not a planned meeting — just two strangers striking up a conversation about theater. The woman that Patton ran into was Tracey Erbacher, the Artistic Director for Theatre Prometheus.

What began as a brief conversation turned into a networking opportunity. Patton told Erbacher of her past work as both an actor and a stage manager. The two exchanged contact information, and eventually Patton was brought on as the Rehearsal Stage Manager (and for a few small acting roles) in Theatre Prometheus’ first main stage large-scale production of Twelfth Night. Patton describes her experience as, “super fun and crazy. And I wore so many hats […] I stayed late… I did as much as I could to make myself invaluable.”

“After the show ended, I just remember [Tracey]  handing me a check. And I was very confused. Because the whole time, for like three and a half months, I thought I was volunteering. I stayed late, I helped paint, I went above and beyond. But I firmly believed that I was volunteering and so I was very confused when she handed me a check. And that is the first art that I did for money.”

“And then I continued to, kind of, orbit around this group of artists […] continued to just stay in their sphere so they didn’t forget about me. And they asked me to come on as just a regular company member. We were really small. There were like five of us. But I was in on the ground floor. I was really excited.”

Patton started as a general company member of Theatre Prometheus in 2014, eventually moving to Company Stage Manager, then briefly to Managing Director, before becoming the Associate Artistic Director, a role she has held for the past two and a half years.

As an associate artistic director, Patton is, in her words, “the Artistic Director’s artistic right hand”. She works closely with Erbacher and Literary Director Caitlin Partridge to plan and execute the company’s seasons. This involves reading a lot of plays, as well as directing and producing throughout the year.

Patton also has a background in casting for television, so she is deeply involved in the company’s audition processes. It’s a complicated element of pre-production that she has come to understand from the perspective of both a director and an actor.

Patton has been acting for the stage since she was a child, moving into producing and directing later in her theater career. Though she has years of theatrical experience to rely on, she still faces relatable challenges in her role as a theater director.

“For me one of the biggest things as a younger, greener director is facing my own personal imposter syndrome of going into a room and having more seasoned actors… people who have been in the D.C. theater for a while or have done my job… confronting that and knowing that…I’m good at what I do.”

This feeling of having to constantly prove oneself is true across any field when you are first starting out. More often than not, there is going to be someone in the room who has more length or breadth of experience than you. The takeaway? Know yourself, be confident in your strengths, and keep learning. Soon, people will be considering you the intimidatingly experienced one!

For Patton, she uses preparation to boost her confidence before embarking on a new directorial venture.

She explains, “I go in [to a rehearsal] with as much explanation of my vision as possible so that those [more seasoned] actors have more of a substantive reason to trust me. I prepare a lot.”