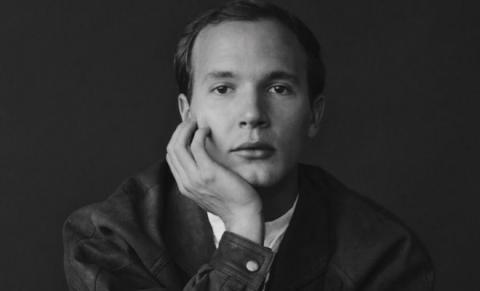 Former TAD student and star of CLAWS, Evan Daigle recently sat down for an interview with Nicegirlstv.com. Full article can be found here.

"CLAWS is one of our favorite summer shows so it was a great privilege to interview Evan Daigle as our Nice Boy of the Week. Relatively new to your TV screens Evan is killing it on CLAWS and if you aren’t watching you are really missing out. Check out our inverview below and be sure to tune into Claws on TNT airing now.

Congrats on the series regular promotion! Tell those who may not be familiar with the show about your character, Toby.
Thanks so much! Toby is the boyfriend to Uncle Daddy, the head of the Dixie Mafia played by Dean Norris. Toby starts off not very involved in the crime of the Dixie Mafia but as the series goes on, Toby becomes pulled further and further into the fold.

What can you tease about season 3 of “Claws”?
In season three, Toby has to atone for a serious crime he’s committed. Season two ends with a cliff hanger that drives Toby’s arch throughout the third season. Toby also has some new and unwanted competition for Uncle Daddy’s attention this season.

“Claws” already has an amazing cast, but if you could get a dream guest star on the show to work with, who would it be?
Wow that such a tough question. I’m such a huge fan of so many actors. If I had to choose one person to work with on Claws as a guest star, I’d choose Patrica Arquette. I just saw “The Act” and “Escape at Dannemora”. I’ve always been a huge fan of hers but I think these projects are some of the best performances I’ve seen from her. I think she is the definition of a versatile actor. I’d love to just watch her work on set. Sharing a scene with her on “Claws” would be a real dream.

You were attending Loyola University New Orleans studying theater and communications when you got the part in “Claws”. Any plans to finish those degrees in your off time?
I really enjoyed my time in school. It’s where I really got serious about acting and made some really great friends, but I don’t have any plans to return.

I also saw you were a painter. Do you exhibit any work?
I don’t right now. I was very into painting in high school. After I graduated high school, I went to an art college to study fine art for a year before deciding to transfer schools to study acting. When I started studying acting, my painting took a back seat. Now that I”m a little further along in my acting career, I plan to work on painting a lot more. I’d love to exhibit work one day.

It’s Pride Month, so are there any specific charities you support that you would like to shout out that are doing great work (all year) that could use the exposure?
Absolutely! Please check out and consider donating to the GLAAD organization, The Trevor Project, and the It Gets Better campaign. Find them on instagram @glaad , @itgetsbetter and @thetrevorproject. All of which work hard to end LGBTQ+ discrimination, provide resources for LGBTQ+ youth and fight for a better society in which LGBTQ+ folks not only survive but thrive."