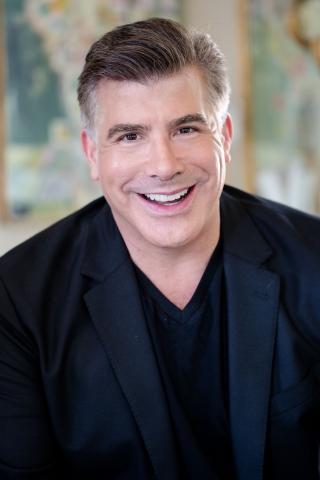 Bryan Batt never thought he would leave New Orleans. Even going to sleep away at camp was hard for the boy who spent his formative years wandering the grounds of Isidore Newman School, Tulane University and his family business, the Pontchartrain Beach Amusement Park.

Acting, however, lured him away. Batt has appeared in nine Broadway productions, and, most famously, as Salvatore on Mad Men.

Now, Batt is back. When not at his home decor shop, Hazelnut, he’s working on the pilot of “Garden District” written by Southern Rep Theatre Founder Rosary O’Neill. “Garden District” tells the story of an old New Orleans family both held together and torn apart by money. Batt plays Rooster, the prodigal son with a pill problem who yearns to be an artist.

You’ve performed all around the world. What’s it like to be back performing in New Orleans?

I’ve done several films [in New Orleans]. My dream is to be on a series that films here. Something about New Orleans that is well-written and well-respected and to which people respond.

How did your upbringing in New Orleans shape how you’re playing Rooster?

Honestly, I knew some people like him. He’s a combination of a lot of different characters.

The family dynamic is the same whether it’s in a multimillion-dollar Garden District mansion or a trailer park in Destrehan. And there’s money at stake.

You see people that are tied to a life or a person in a very unhealthy way. [Rooster] has been crippled in a sense that he is dependent completely on the family money and the mother.

A lot of people have tried to tell stories about New Orleans and do it incorrectly. What do think this show gets right?

I think it’s just the boldness of being honest and of telling your story rather than the story you think people want to hear or what people might believe. You know I think [HBO’s] “Treme” worked because it was true to a certain cross section of New Orleans. You look at the [movie] “The Big Easy” and you’re like “What? People don’t call each other ‘Cher’”

In “Garden District,” Rosary [O’Neill] is telling her story. She’s definitely not watering it down or trying to make it palatable for a modern audience.

You do have to leave and go to New York or L.A. or some of the places just for work—but I love that some people have been able to have a complete career here and stay here.

Do you think it will work?

The one thing Mad Men didn’t do is that it didn’t pander. And I think, if that happens here, you never know.