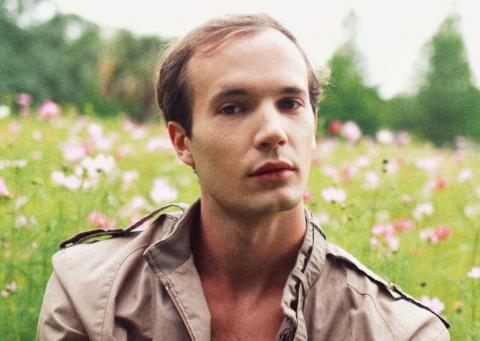 Evan grew up in a small town in south Louisiana. He did not discover his passion for acting until he was in his second year of college. After taking a basic scene study class, Evan felt like he had found his true calling and began to pursue acting professionally. Evan attended Loyola University New Orleans where he studied theater and communications but had to leave in his final semester to film Claws.

Claws follow the rise of five diverse and treacherous manicurists working at the Nail Artisan of Manatee County salon in South Florida, where there is a lot more going on than silk wraps and pedicures. Evan plays Toby, the boyfriend of Uncle Daddy, a gangster who uses the salon to launder his drug money. Eventually, Toby takes over the salon as Desna (Niecy Nash) attempts to clean up her life and move away from money laundering. The series, executive produced by Rashida Jones and starring Niecy Nash and Carrie Preston, will premiere on June 11, 2017.

Evan enjoys fine art and is a hobbyist oil painter. He supports LGBTQ charities such as Happy Hippie, anti-bullying causes and the promotion of art education in public schools.

Check out Occhimag's interview with Evan below.

Hi, Evan! Claws sound like a hit! Tell us more about your character Toby.

Hello! Toby is the boyfriend of the head of the Dixie Mafia, Uncle Daddy, played by Dean Norris. Uncle Daddy is who Desna (Niecy Nash) is laundering money for through her nail salon. Toby has a really nice arch in season one, but I can’t give away much else just yet!

Claws premiered on June 11th. For those who haven’t seen the first episode yet, can you tell us what they can expect (without spoilers!)?

The first episode of Claws really sets up the plot action which will drive the story throughout the season. There’s a murder at the end of the episode which ignites a lot of drama.

The series’ title has our imagination running wild. We know how vicious the beauty industry can be. Will your character be able to hold his own?

Like I said, Toby has a really fun arch which involves him in the actual crime a lot more than he is at first. Toby is very smart and navigates the drama a lot better than people may first realize.

Tell us how you got the role of Toby.

Well, I was studying Theatre in college and also auditioning for film and TV outside of school (to the distaste of my professors) but to my obvious benefit. In my senior year of school, I got an audition for what was originally written as a one scene co-star role in the pilot episode of Claws. I went in for my initial audition with the casting director, then had a call back with the creator and producers.  I got the role in the pilot and was over the moon with happiness because it was my first SAG-AFTRA job. It wasn’t until the show went to series that I found out the character had developed into a recurring role. I will now end up being in nine out of the ten episodes in season one!

Claws is shot in New Orleans, Crescent City, to be exact. Great city to film in! Did you get a chance to try out the local cuisine and entertainment?

Of course! I’ve been living in New Orleans for the past four years going to school so I’ve had plenty of time to get to know the city. Filming in my home state is a real treat.

You were in a few other projects before landing Claws. What is the best thing you learned from your previous work?

I had pretty minimal on-set experience before landing Claws. I mostly was doing plays in school. I had worked a few days on a couple local independent productions but working on Claws has really taught me how to act for the camera. Working with such amazing actors forces me to always be on my game. I feel like having the time to train in the theater really gave me the tools I need as an actor to give my best self on the sets I work on.

Thus far, what has been your best experience working in the entertainment industry?

Working on Claws is really my first legitimate step into the industry so I’m super new to it all. The experience I’ve had working on Claws is one I’ll cherish for life. Even if we only do one season, I’ve learned more about myself and my craft in this one season than ever before.

Do you have any upcoming projects that we haven’t mentioned?

I was in a short film called “Dvrker” premiering at the San Francisco Black Film Festival later this month. It’s a really great little film about racial tension in the Trump era.

Complete this sentence: if I had an opportunity to do anything I want, I would_______.

. . .  continue pursuing my career at the pace I have been for the past few years. I want to do Broadway theater, be a part of French cinema and be the lead in, and be the showrunner of, television series.