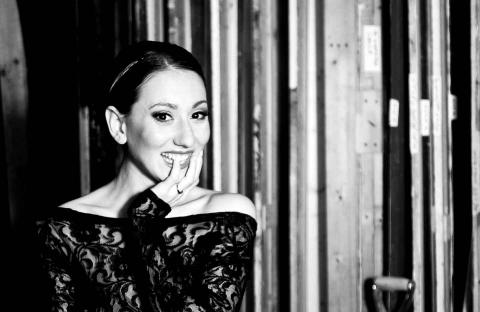 It is audition season here at Loyola University New Orleans. Theatre Arts & Dance students and non-majors alike have been prepping to audition for the spring musical, Cabaret. On November 19, Jauné Buisson, the show’s choreographer, taught a group of over 50 students a combination to "Willkommen," Cabaret’s opening number. For many, this was their first taste of the Bob Fosse style dance in the production. By the end of the workshop it seemed like the students had been transported to the Kit Kat Klub, dancing like they had been working there for years.

Coming from a family of dancers, she grew up dancing in her mother’s dance studio and began her teaching there. She went on to achieve top awards in competition being named the American Dance Team School solo winner and the Overture to the Cultural Season dance scholarship. Buisson has studied dance in New York at Broadway Dance Center, The Ailey School, and Steps on Broadway.

Buisson ran the workshop much like a cattle call audition, teaching the number bit by bit to rotating groups of students. Students performed the number in groups of ten at the end, not just for Buisson but also for Bryan Batt and Flo Presti, Co-director and Musical Director of the show. This gave all parties involved in casting  an idea of the dancing ability of the auditionees. As this is a dance-heavy show, this was incredibly important! The same dance was then used at the audition the next day which gave those auditioning time to practice a bit more before performing for the show’s creative team.

The workshop was a complete success! Performers who participated noted that they felt more comfortable auditioning after getting a chance to work with Buisson and getting a feel for the choreography of the show. Many left energized, excited, and ready to audition!