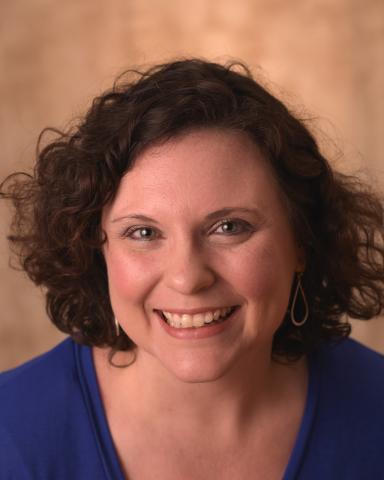 Kristi Jacobs-Stanley, Loyola class of 2004, Kristi has been named the new chapter director of the Louisiana State Thespian Festival. The Louisiana chapter hosts the state thespian festival each January for high school students across Louisiana. The Chapter Director is responsible for organizing and executing the state festival and maintaining communications with all troupe directors. Kristi is honored and eager to bring new energy and growth to Louisiana Thespians.

Outside of the Louisiana Thespians, Kristi is coming upon her tenth year as the Fine Arts Department Chair and Theater Director at Mount Carmel Academy .Currently, she is directing a devised theatre version of Alice in Wonderland at Mount Carmel. In August 2019 she was appointed to the Louisiana Thespians Chapter Director position. She also received a 2019 Big Easy Award for Best University Production at Loyola University as director of These Shining Lives.

Jacobs-Stanley dedicates so much of her time to her students and to ITS. She strives to instill passion and determination in her students when it comes to any aspect of theatre or life. Within her own Thespian troupe at Mount Carmel, her students have received multiple superior ratings in group musical theatre, group acting, solo performance, stage management, costume design, and technical design at both state and international levels throughout the years. In 2018, her troupe’s fall production of Silent Sky was selected to perform on the mainstage at the International Festival.