Jay Weigel is a distinguished composer, producer, conductor, arranger, orchestrator, and contractor for film, television, recordings, and concerts. Based in New Orleans, he has worked in the film and television industry for over 30 years. His recent scores and soundtrack recordings can be heard in the Green Lantern, the last six of Tyler Perry's films including Meet the Browns and Madea Goes to Jail, HBO's Little Britain, I Love You Phillip Morris, and numerous documentaries and independent films.

From 1998 to 2001, he worked as an orchestrator, assistant conductor, and head music preparatory for composer Terence Blanchard. As an arranger and orchestrator he has worked with REM, Chris Thomas King, Judith Owen, and on several projects with Hal Willner. His original work has been commissioned by numerous symphonies & artists around the world, including the Kennedy Center, Louisiana Philharmonic, St. Louis Cathedral, University of Southern Mississippi Symphony, the Acadiana Symphony and Lin Emery. From 1985 to 1991 he was Lecturer of Composition and Orchestration at Xavier University in New Orleans. Weigel helped organize the Louisiana Composers Guild, and served as the co-chairman of the Louisiana Music Commission from 1998-2004.

Most recently, Weigel served on the Bring New Orleans Back Subcommittee on Culture, Lt. Governor Mitch Landrieu's Louisiana Rebirth Advisory Board and sits on the board of directors of the Louisiana Cultural Foundation. In 2007 he started a class in film scoring for Loyola University, New Orleans.

Weigel has served as Executive Director of the Contemporary Arts Center, CAC, in New Orleans since 1996. Prior to this appointment, Weigel was Music Director of the CAC for eleven years. Under his leadership the CAC has emerged on the national arts scene as a significant force in the production and presentation of contemporary work. His responsibilities as Executive Director include serving as artistic and performing arts director for this multidisciplinary arts center. He produces over 45 concerts annually.

In 1998 Weigel premiered his contemporary opera, Ash Wednesday, to New Orleans audiences at the opening event of the Faulkner Festival with critical acclaim. Weigel's post-modern opera, Dawn in the Floating City, was presented at the New Orleans Center for the Creative Arts in 2002. The opera examines the dialogue between the communities that make up the culture of New Orleans. For his third opera, 7 Days in Paradise, Weigel collaborated with Harold Sylvester. This work was premiered in 2007. 7 Days in Paradise was based on the Hurricane Katrina experiences of artist Jeffery Cook. Cook appeared in the opera as "Debris Man."  The Ogden Museum of Southern Arts commissioned his fourth opera, The River May Cry, featuring a successful integration of European classical music with blues, gospel, jazz and African music, and utilizing a diverse array of musicians to perform this original work. An oratorio derived from the opera was recorded and released in 2004. 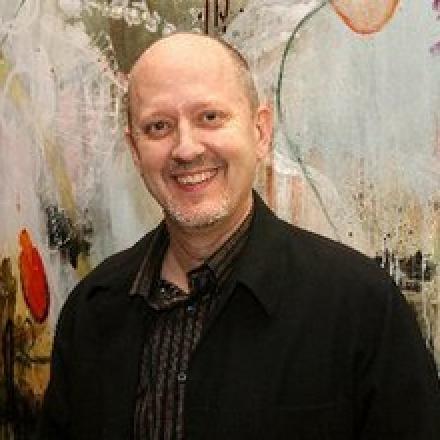