Vocal instructor and bass-baritone Ivan Griffin brings an extensive operatic and theatrical background to Loyola University New Orleans. His engagements have included Lawyer Frazier in Michigan Opera Theatre’s Porgy and Bess, a role that he was invited to reprise during an extensive European tour. He has also appeared as Rev. Olin Blitch in Susannah with Buffalo Lyric Opera, Count Almaviva in The Marriage of Figaro and Papageno in The Magic Flute with Fayetteville Summer Opera and Western New York Opera Theater, respectively, as well as in several performances with New Orleans' OperaCreole.

Ivan has premiered several works written specifically for his own voice. These include Songs of Winter, a cycle for baritone and piano, and The Little Thieves of Bethlehem (Centaur Records), both by Rochester, New York-based composer Paul Stuart; and Requiem for the Innocent, an oratorio by Spanish composer Jorge Muñiz, which he premiered with the South Bend Symphony.

A versatile artist, Ivan has been praised for his diction and superb sense of theater. He has been featured in such productions as Guys and Dolls at Nashville’s Ryman Auditorium and Sophisticated Ladies at Detroit’s Music Hall. He has shared the stage with the late legendary stage and screen personalities Roscoe Lee Brown and Ossie Davis. Since returning to New Orleans in 2012, he has appeared with New Orleans Opera Association in Madame Butterfly (Imperial Commissioner), Der Vampyr (Toms Blunt), La Boheme (Benoit), and Carmen (Lt. Zuniga). Additionally, he has also been a featured artist with Opera Louisiane in Baton Rouge.

A soloist at Trinity Episcopal Church, Ivan also serves on the faculties of Xavier University of Louisiana and the Ellis Marsalis Center for Music. Ivan also recently released his first solo album, Finding My Way Back To Me, which is available on iTunes, Amazon, and other digital formats. 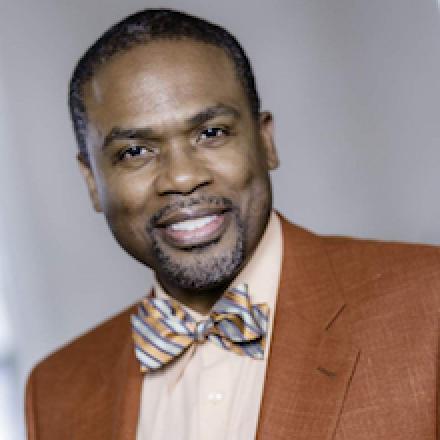