For over three decades he has made his home in New Orleans, performing on tenor and soprano sax with many of the Crescent City's most celebrated artists, including Ellis Marsalis, Allen Toussaint, Professor Longhair, James Booker, The Meters, Dr. John, James Black, Johnny Adams and Gatemouth Brown. An accomplished classical performer as well, he's often called upon to augment the woodwind section of the Louisiana Philharmonic Orchestra. His performing past includes five years as a member of the internationally acclaimed Carla Bley band and appearances with Bobby McFerrin, Mose
Allison and Nat Adderley.

Dagradi is most well known for his work with Astral Project, an adventurous quintet made up of top New Orleans players dedicated to playing cutting-edge improvisational music. Over the years the band has performed throughout the world, garnering universal praise as one of the most innovative, compelling jazz bands anywhere.

In addition to his work as a performer and award winning composer, Dagradi has authored several books which focus on saxophone technique and improvisational skills. His newest book, “Sax Solos Over Jazz Standards,” contains twelve modern etudes with a play-along CD and is published by Jamey Aebersold Jazz. Dagradi has been a Professor of Saxophone and Jazz Studies at Loyola since 1990. He maintains a large saxophone studio, teaches classes in improvisation, and directs various ensembles.

"Dagradi wrings each note for all its is worth, striving for simplicity as he makes each solo a song unto itself." – Gene Kalbacher, New Jersey Notes
“Dagradi plays with exuberance and power.” – Cadence

“One gets the impression, when listening to Dagradi, of being in the presence of a great storyteller and the music asserts that feeling. More than anything else Dagradi gives the essence of freedom and fire without a feeling of too much looseness. Also, it is important to mention Dagradiʼs strong feel for rhythm. He makes it his own, including a great control of dynamics…a highly gifted and uncompromising saxophonist.”
- Tim Price, Saxophone Journal

“Dagradiʼs technique on soprano and especially tenor is evocative and exultant. Like so many tenor players, Dagradi speaks of a period when he was ʻtotally immersed in Trane.ʼ To his credit, the…saxophonist manages to capture the spiritual strength Coltrane so elegantly epitomized.”
- Norman Provizer, Jazziz 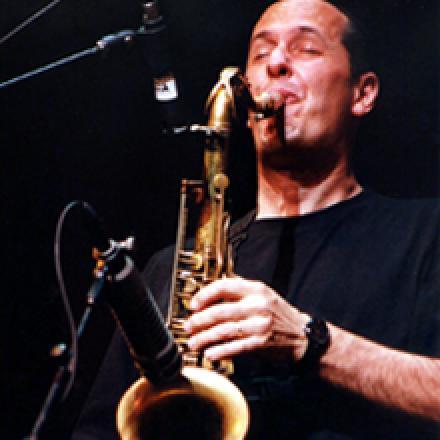