A native of Midland, TX, Luretta Bybee has sung with numerous opera companies and orchestras in the United States and abroad. She is particularly known for her Carmen, having sung the Bizet heroine throughout the United States and Europe and in the world tour of Peter Brook’s adaptation, La Tragedie de Carmen. Of her New York City Opera performances, Anthony Tommasini of The New York Timeswrote: “Bybee brings a dusky-colored, vibrant voice to the role. This was a strongly sung and engaging portrayal.” Also a noted Rossini singer, she has sung the title role in L’Italiana in Algeri with Oper der Stadt Koln, the Santander Festival, and with New York City Opera.  Recent roles have included the title role in Britten’s Rape of Lucretia with the Opera de Montreal, Dame Quickly in Seattle Opera’s Falstaff, Falliero in Rossini’s Bianca e Falliero in Miami for its North American debut, Fricka in Wagner’s Das Rheingold, in New Orleans, Paula in Catan’s Florencia en el Amazonas and Waltraute and First Norn in Wagner’s Ring in Seattle.

Bybee’s concert work has included the world premiere of the reduced orchestral version of Leonard Bernstein’s Songfest at the 92nd Street Y that she reprised with the Tanglewood Music Center Orchestra and Seiji Ozawa on the Leonard Bernstein Memorial Concert at Tanglewood. She has also sung Verdi's Requiem and Handel’s Messiah at Carnegie Hall as well as additional Messiah performances with the Seattle, Colorado, and Houston Symphonies, as well as Beethoven’s 9th with both Seattle and San Antonio Symphonies this year.  She can be heard on the recording of Aaron Copland’s In the Beginning with Gloria dei Cantores and as Joanna in Carly Simon’s opera, Romulus Hunt with Angel Records. She can now be heard on Seattle Opera’s newly released recording of Wagner’s RING CYCLE.

In 2010, she premiered the role of Amanda in Daron Hagen’s Amelia with the Seattle Opera, and made her foray into Musical Theater in Sondheim’s A Little Night Music as Madame Armfeldt at the Pine Mountain Music Festival.

Last year she went to Opera Charlotte for Mary in Der Fliegende Hollander, debuted the role of the Stepmother in Massenet’s Cendrillon with the New Orleans Opera and returned to Seattle for Wagner’s Ring Cycle.

Upcoming engagements include Mrs. Lovett in Sondheim’s Sweeney Todd with the Vancouver Opera and at the Glimmerglass Festival and Mary in Der Fliegende Hollanderwith Seattle Opera

Ms. Bybee has been privileged to serve on the faculties of the University of Michigan, Aspen Music Festival, and has served as both Chair of Opera Studies and Chair of Vocal Arts at the New England Conservatory of Music.  She is currently Associate Professor of voice at Loyola University in New Orleans and continues to teach voice at NEC.  She has served several times as judge for the MONC auditions, along with many other vocal competitions. 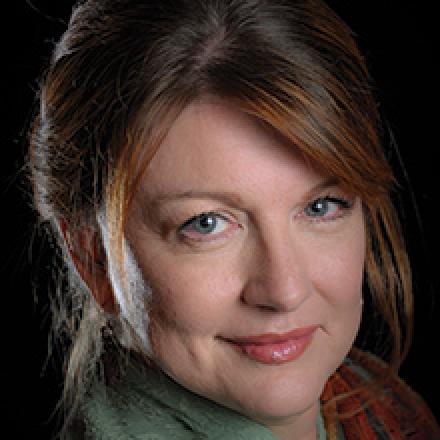