Dave Anderson, a professional double bassist, joined the Louisiana Philharmonic (LPO) in New Orleans in September of 1996 after winning their Principal Bass audition. Prior to that appointment, he performed and recorded regularly with the Louisville Orchestra and the Atlanta Symphony Orchestra, among others. Since 1994, he has served as Principal Bassist in the Britt Festival Orchestra in Oregon.

He has performed extensively with many diverse ensembles including, the Aspen Festival, Chautauqua (NY) Festival, Colorado Philharmonic (NRO), Colorado Music Festival, the LaSalle Quartet, and as a soloist with Richard Stoltzman, Gene Bertoncini, Nigel Kennedy, Bobby McFerrin, and many others. He has served as Bass Instructor for the Music School at Loyola University and also on the Board of Directors of the International Society of Bassists (ISB) as bassist/composer.

Mr. Anderson began his pursuits in composition in 1984, recognizing that the solo repertoire for his instrument was limited. The influence of Frank Proto, one of his finest teachers, also led him to turn to involved composition. Since then, his published work has expanded to other solo instruments, as well as for chamber orchestras and small ensembles. He has published bass duets and quartets, including a bass quartet that was performed to acclaim at the Chamber Music Festival at Indiana University in 1993. Anderson won first prize in the 1995 Allen Ostrander International Trombone Composition Competition, sponsored by Ithaca college, for Elegy for Van, a work for solo bass trombone and brass choir, which he composed as a tribute to the late Lewis Van Haney, former trombonist with the New York Philharmonic.

Several years ago, Anderson completed a concerto for Bass Trombone, commissioned by his father, Edwin Anderson, former bass trombonist with the Cleveland Orchestra. His Concerto for Double Bass, Strings & Harp, commissioned by Philadelphia Orchestra Principal Bassist Hal Robinson was premiered at the ISB Convention in June of 1997 and performed on the 1997-98 subscription series of the Philadelphia Orchestra season, Wolfgang Sawallisch conducting. Hal also commissioned and premiered Anderson’s Sonata #2 for Double Bass & Piano at the ISB 2009. Anderson’s “Celebration” tone poem for large orchestra has been premiered successfully at the 2012 Britt Festival and will be performed by many orchestras soon including the LPO. In the Spring of 2016, the LPO commissioned and premiered Anderson’s “Laurifer Nisus” a large orchestra work performed on their 2015-16 season final concert. His current work includes a second symphony, a Capriccio #3 as well as several commissions.

Anderson has jammed with The Radiators, Walter “Wolfman” Washington, Roy Pope, Darryl Brown, Papa Mali, Harry Shearer, Reggie Scanlan and many other great New Orleans musicians including a killer performance with guitarist Brian Stoltz of the Funky Meters as a main highlight of the French Quarter Festival 2002.

In 1984-85, Anderson played for and took lessons with the legendary bassist Jaco Pastorius in New York, who firmly encouraged the idea of being able to cross over between classical and jazz. 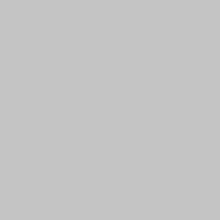