Brian Hsu made his concerto debut at the age of 16 with the Philadelphia Orchestra. He has since gone on to establish himself as a pianist of great energy and unusual communicative ability. Critics have described his performances in surperlatives, noting his “breadth of expression and technical ability.”

An experienced performer, Mr. Hsu has performed throughout the US, Europe, Asia, and South Africa. US performances include Boston, New York, Chicago, New Orleans, Dallas, as well as many others. He has appeared as concerto soloist with such ensembles as the Philadelphia Orchestra, Taiwan National Symphony, Juilliard Orchestra, Haddonfield Symphony, Sendai Philharmonic, and University of Michigan Symphony Orchestra. He has also been a guest on WQXR radio station in New York several times. Mr. Hsu has performed in various music festivals including Amalfi Coast Music Festival in Italy; Blue Lake Fine Arts Camp in Michigan; Gijon International Piano Festival in Spain; Eastern Music Festival in North Carolina; Banff Festival of the Arts in Canada; PianoFest in The Hamptons in Long Island, New York. In 2011, Mr. Hsu participated in the world premiere of Paul Schoenfeld’s Piano quintet with members of the Pro Arte’s quartet and recorded for Albany Records, released in the spring of 2014.  In 2016, He premiered Logan Skelton’s Letters to Santa with voice alumni of Loyola University New Orleans. His US debut solo recording, Night at the opera: Part I, which consist of opera transcriptions for solo piano,was released in the fall of 2018. In addition to his competition successes, Mr. Hsu was the recipient of numerous awards while attending Juilliard, Yale, and Michigan.

Mr. Hsu served as a staff accompanist at Yale University and University of Michigan, staff accompanist and chamber music coach at Eastern Music Festival, piano faculty at the McAlester Institute in Oklahoma, piano faculty at Blue Lake Fine Arts Camp in Michigan. He has served as schedule coordinator, staff pianist, faculty, and assistant to the director at Amalfi Coast Music Festival in Italy. He was also an adjunct professor at Siena Heights University and taught at the Ann Arbor School for the Performing Arts. He has given numerous performances and masterclassses at colleges and universities throughout the U.S. and Asia, and collaborated with various artists and faculty.

Mr. Hsu’s primary piano professors include Logan Skelton, Peter Frankl, Jerome Lowenthal, Yoheved Kaplinsky, Wha-Kyung Byun, and John Kuo. He has won awards in numerous competitions, both in the US and Asia, including Wideman Competition, Corpus Christi International Young Artists’ Competition, Juilliard’s Gina Bachauer, National Piano Competition in Taiwan. Additional studies have been with Da-Ming Zhu, Paul Schenly, Marc Durand, Arthur Greene. He received his Bachelor’s and Master’s degrees from The Juilliard School, Artist Diploma from Yale University, Doctoral of Musical Arts degree from the University of Michigan. He is the associate professor and keyboard department coordinator at Loyola University New Orleans. Mr. Hsu’s US debut CD, as well as future engagements can be found on www.brian-hsu.com. 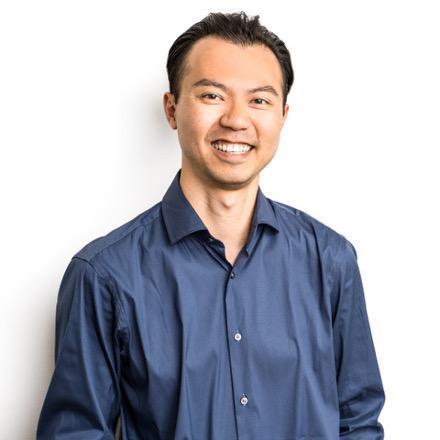