Lifetime New Orleanian Martha Alguera has a passion for all things music as well as community activism. Having produced nationally recognized massive Secondline celebrations for Prince and Fats Dominoe, Martha believes in the power of music + community. Working alongside musicians such as Grammy award winner Leo Nocentelli (of the Meters), Big Chief Alfred Doucette, James Andrews and others as production or stage manager is something she enjoys doing tremendously. Martha is the owner of Music Synergy504 LLC, a music event productions company and also hosts a radio show on 102.3fm/WHIV. "La Rola Nola" which features Latin and New Orleans style music.

Martha is on the State chapter leadership team for Moms Demand Action in Louisiana. Moms Demand Action is the largest Gun Violence Prevention organization in the nation focusing on enacting change through passing common sense legislation. Writing about music and cultural events is a big passion as well. Martha has written for Nola.com. GoNola.com and had a music column in El Tiempo, the only bilingual publication in New Orleans.

Martha joined Loyola University as Administrative Assistant to the President in 2014 being promoted to Executive Assistant in 2017. Music Industry Department became her home when hired as an office manager in summer of 2018. 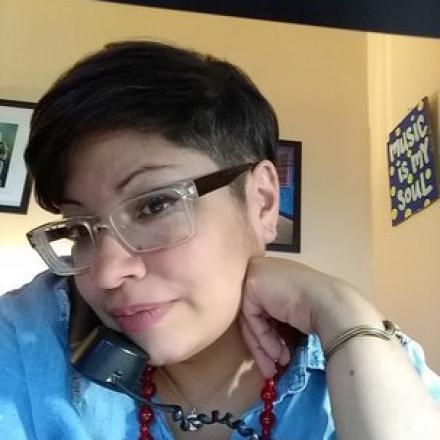