Professor Jim McCormick recently celebrated two #1 songs on the Billboard country charts: Jason Aldean's “Take A Little Ride,” which spent 3 weeks in the top position, and Brantley Gilbert's "You Don’t Know Her Like I Do," the second most-played song of 2012 at country radio, according to Billboard.

McCormick’s songs have also been recorded by Luke Bryan, Tim McGraw,  Jamey Johnson, Randy Travis, Ronnie Milsap, Trace Adkins, Trisha Yearwood,  Rodney Atkins, Julianne Hough, and many others. His new 2013 album, The Middle of the River, is available on iTunes or at jimmcormicksongs.com

He is a staff songwriter at BMG Chrysalis, Nashville and a sought after lyricist for many projects. Previously he’s worked as a staff writer at Warner Chappell Music and James Stroud’s Generator Music. He travels frequently to Los Angeles, London and Scandinavia to collaborate.

He has performed his songs at clubs and festivals throughout the U.S., including the New Orleans Jazz and Heritage Festival; South By Southwest Music Conference in Austin, TX; the Key West Songwriters Festival; Tin Pan South in Nashville; as well as the Zihuatanejo International Guitar Festival in Mexico. His songs have been used film and TV as well as video games, including Tim McGraw’s NBC Special,  EA Sports’ NHL, and the USA Network’s The Big Easy.

McCormick currently serves as an Adjunct Professor in Music Industry Studies at Loyola University New Orleans and has taught classes on songwriting and the music business at Belmont University, Berkelee College of Music, Tulane University, University of New Orleans, and Denmark’s Englesholm Jazz Conservatory. He founded the New Orleans chapter of Nashville Songwriters Association International and frequently visits schools to encourage young people in their writing. With his band in the early ‘90s, The Bingemen, he was one of the first musicians in Louisiana on the Internet.

McCormick is also a partner in McConnell and Associates Consulting, which offers customized business and economic development services with a focus in the entertainment and creative industries, and has served as a consultant to the State of Louisiana’s Office of Entertainment Industry Development. He sits on the board of governors for the Recording Academy and is a member of Leadership Music's class of 2013.

He holds a BA in English from Georgetown University in Washington, D.C., and an MFA in poetry from the University of New Orleans. His poetry and scholarship have been published in journals around the United States, and he is a recipient of the Academy of American Poets Prize. 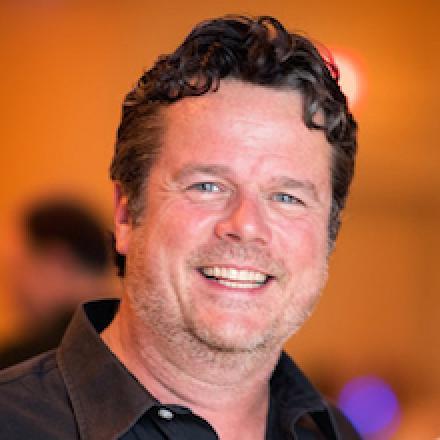