John G. Clemons is a global communications leader, employee communications advisor and solutionist, writer and speaker. He is currently a virtual team member of the Consultants Collective, a national network of strategic advisors focused on communications, digital marketing, technology and human capital, and TALA, a global crisis communications and training firm. John is also an adjunct instructor at the University of North Carolina Charlotte.

Shortly after joining Walmart, he received two Awards of Excellence from the International Association of Business Communicators (IABC) Silver Quill awards competition, Southern Region, for his work in employee communications and employee engagement at Walmart.

He is the founder and president of CLEMONS COMMUNICATIONS, a strategic communication consulting company. Among his clients: Diversey, American Association of Retired Persons, America Online and several small businesses.

Prior to the launch of his consultancy, John was the vice president of internal communications for Nextel Communications, Inc.

Before Ameritech, John was vice president of global associate communications for Marriott International, where he was responsible for executive support and the development and implementation of worldwide employee communications programs, policies and projects for more than 140,000 associates. He was directly involved in the creation and management of Marriott’s global Associate Appreciation Week and launch of the company’s partner benefits program.

John has extensive professional experience in the telecommunications industry as well, working for AT&T in several communication roles of increasing responsibility. He began his career as a general assignment reporter for The Star-Ledger newspaper in New Jersey and associate editor for BLACK ENTERPRISE magazine. His professional achievements also include freelance writing assignments for a variety of professional and general interest online and print publications.

John has been an active IABC member for many years, holding such leadership roles as Interim Executive Director, International Executive Board (IEB) Chairman and Chief Volunteer Officer, IEB and IABC Foundation Board member, Multiculturalism Committee member, and local chapter officer. He recently concluded his role as the chairman of the IABC’s Editorial Committee, leading a team of global volunteer leaders in the review and enhancement of IABC’s editorial content and processes.

He received his B.S. degree in news journalism and M.S. in communication management from the S.I. Newhouse School of Public Communications at Syracuse University.

John is dually accredited with IABC (Accredited Business Communicator) and PRSA (Accredited in Public Relations). In 2013, he was named an IABC Fellow, the highest honor bestowed on members who have contributed to the communication profession. Additionally, John is a frequent speaker at IABC’s world conferences and chapter meetings. He also serves on the Diversity and Inclusion Committee of the PRSA Charlotte chapter.

John was a Visiting Professional at the University of Florida in spring 1995, and later became a member of the university’s Public Relations Advisory Committee. Most recently, he was a guest lecturer at Loyola University New Orleans as well as Marymount University in Arlington, VA, and Towson University, Towson, MD.

2016 Inductee into the IABC Southern Region Hall of Fame

2004 Thoth Award for Excellence in Public Relations from the Washington, DC, chapter of PRSA for a Raytheon executive roadshow

1997 Communicator of the Year Award from IABC Washington

Recognition and honors for professional accomplishments and community involvement focusing on youth, public assistance and education

His personal interests are focused on family, teaching, domestic and global travel, movies and filmmaking, social media and great food. 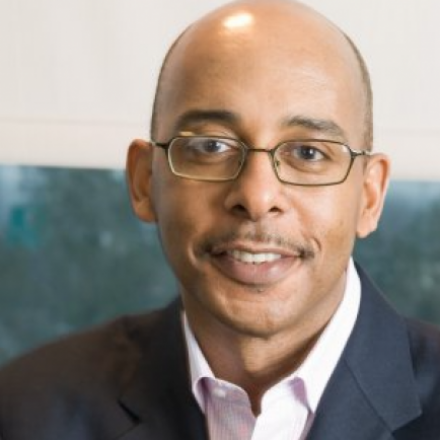