Gina Swanson describes herself as a naturally curious person. Others may think she's nosey, but most agree that the news business was the perfect career choice for her.

Gina is an admitted information junkie. When she is not delivering the news, she's watching it on TV, listening to talk radio or reading the newspaper. From popular culture to politics, Gina prides herself on being well-informed and up-to-date on a range of issues.

Her curiosity has landed her different news jobs in Chicago and Washington, D.C., while in college. But most of all she loves covering news in her hometown of New Orleans.

Gina is graduate of Edna Karr Magnet High School. She went to Louisiana State University where she majored in Mass Communication, minored in History and graduated with honors.

After LSU, Gina packed her bags and headed to Evanston, Illinois where she attended Northwestern University and earned a Master's Degree in political and public affairs reporting.

Her job as given her the opportunity to meet United States Presidents, cover the Saints' Super Bowl season and be an eyewitness to history-making moments.

Gina is an award-winning journalist and Emmy-nominated reporter whose career in news started in Monroe, La., where she anchored the weekend evening news. After three years in north Louisiana, Gina moved to Austin, Texas, where she spent two years anchoring the news and covering central Texas.

Realizing there is no place like home, Gina jumped at the chance to return to New Orleans. She was offered a reporter position at WDSU in January 2008 and she has loved being home ever sinc 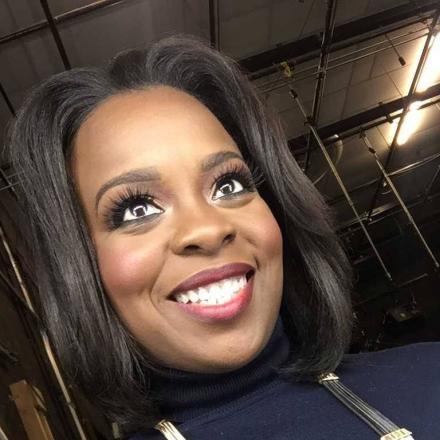