Professor and artist manager Billy O’Connell began his music career in 1985, immersed in the Los Angeles rock and after-hours club scene.  In 1986, he was named Talent Coordinator for the pioneering MTV alternative music series, “The Cutting Edge.”  His talent for bringing previously unknown music to a mainstream American viewing audience propelled his career in the music industry; the following year, Billy was tapped by Warner Brothers to serve as label manager for their subsidiary, Sire Records.  At Sire, Billy worked as an advocate for his roster of artists, including Lou Reed, The Ramones, The Replacements, Throwing Muses, The Smiths, and Talking Heads.  In 1989, Billy left Sire to begin a career in artist management, managing previous Sire act Throwing Muses, along with Pixies and D. Sardy’s Barkmarket.

Besides his illustrious management career, Billy is recognized as a thought leader in issues of technology, artist sustainability, and audience development.  He launched Throwing Muses’ first website when the world wide web was in its infancy, sat on the artist panel at the first-ever mp3 Summit in San Diego, and created an mp3 subscription program in 1998, years ahead of its time.  From 1999 to 2007, Billy founded and operated Virtuous, the world’s first fair-trade ticket agency, as an artist-owned alternative to Ticketmaster.  In addition to multimillion-dollar revenues, the agency generated thousands of dollars for food banks nationwide and offered the industry’s lowest service fees.  In 2007, Billy co-founded the Coalition of Artists & Stakeholders (CASH Music) as an open-source software foundation focused on musicians.

In recent years, Billy has turned to educating the future leaders of the music business, while still actively managing and marketing artists and ideas.  He produced and managed a three-week European reunion tour for Throwing Muses; the group performed to over 75,000 paid attendees and appeared on national television and radio in nine countries.  Later, Billy created an innovative booklet and package for Throwing Muses’ “Anthology,” a two-disc retrospective commemorating their 25th anniversary.  “Anthology” was also released as a USB-stick album featuring lossless audio of the entire album, a one hour live concert filmed by Spain’s TV3, and 32 pages of high-resolution artwork.  Beyond this, he served as executive producer of the band’s new, 100% listener-funded album.

Billy produced sold-out events at the Getty Center in Los Angeles, the MFA in Boston, the Bumbershoot Arts Festival in Seattle, the Edinburgh Fringe Festival, and the Edinburgh Book Festival for “Paradoxical Undressing,” a multimedia show by his artist Kristin Hersh based on her memoir.  Billy also collaborated with Hersh for two iPad apps: an interactive children’s book written and illustrated by Hersh called “Toby Snax,” and a interactive album-as-book by Hersh, entitled “Crooked.”  “Crooked” features lossless audio files, gorgeous album images, outtakes, rarities, and a commentary track featuring Billy interviewing Hersh as they listen together.  He produced a nine-day tour of the United Kingdom and Europe highlighting Hersh's solo acoustic performances, and secured an invitation from her to serve as a celebrity judge at the SXSW 2012 Music Accelerator Innovation Showcase.

Billy joined the School of Music Industry in 2009, where he teaches artist management, marketing, and entrepreneurship.  In 2013, O’Connell himself signed to Paradigm Artists, where he is active as a voice-over recording artist. 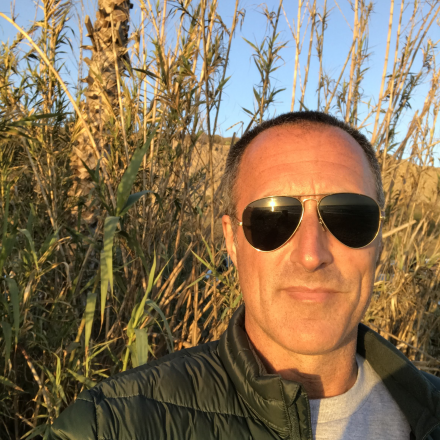