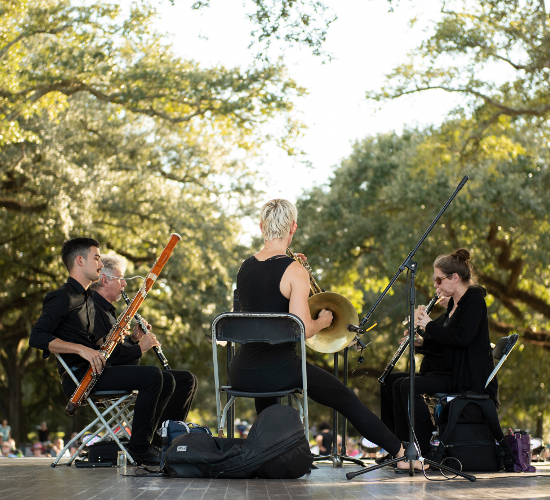 The University of Oklahoma faculty woodwind quintet, The Oklahoma Woodwind Quintet, has been delighting audiences since 1975. they have concertized internationally including a successful debut in the Weill Recital Hall at Carnegie Hall in 1985. They have received critical acclaim for their performances at the Classical Music Festival in Eisenstadt, Austria and the International Double Reed Society Convention in Manchester, England.