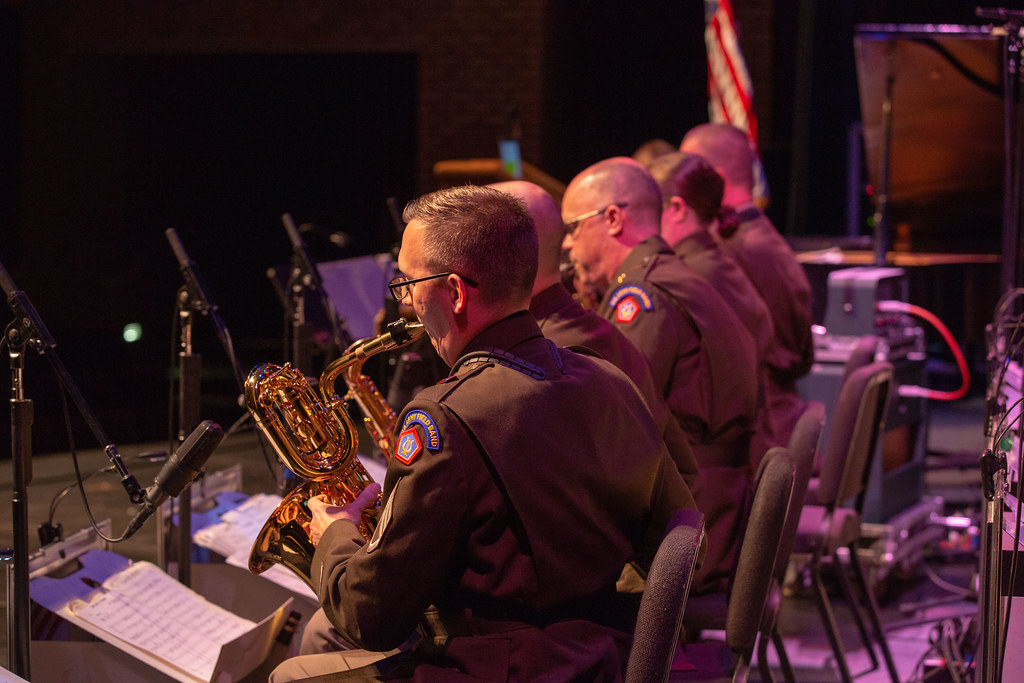 Known as America’s Big Band, the Jazz Ambassadors are the premier touring jazz orchestra of the United States Army. Formed in 1969, this 19-piece ensemble has received critical acclaim throughout the United States and abroad performing America’s original art form, jazz.

The Jazz Ambassadors have performed in all 50 states, Canada, Mexico, Japan, India, and Europe, and in joint concerts with the Boston Pops, National Symphony, Pittsburgh Symphony, Seattle Symphony, and at Carnegie Hall with Erich Kunzel and the Cincinnati Pops. Appearances at international jazz festivals in Montreux, Newport, Toronto, Brussels, and the Netherlands have been met with enthusiastic acclaim, as well as concerts in England, Wales, Luxembourg, Germany, the Czech Republic, and Norway.

They are joined at Loyola by Nicholas Payton as guest soloist.